File this one under stories you don’t read every day:

The preserved heart of Dublin’s patron saint has been stolen from the city’s Christ Church Cathedral, officials say.

Police believe it happened some time between Friday night and about 12.30 GMT on Saturday.

“They specifically targeted this, they wanted the heart of St Laurence O’Toole,” a church spokeswoman said.

“It’s completely bizarre,” she said, adding that valuable gold chalices and gold candlesticks were ignored by the thief.

The heart has been a major pilgrimage site at Christ Church since the medieval period.

St Laurence O’Toole was born Lorcan Ua Tuathail in Castledermot, Co Kildare, in 1128. He was appointed Archbishop of Dublin after the death of Archbishop Gregory in 1162.

He died in November 1180 in Normandy, France, and was canonised in 1225 because of miracles said to have happened at his tomb.

Exactly what one does with the preserved heart of a man who’s been dead for 900 years I have no idea. 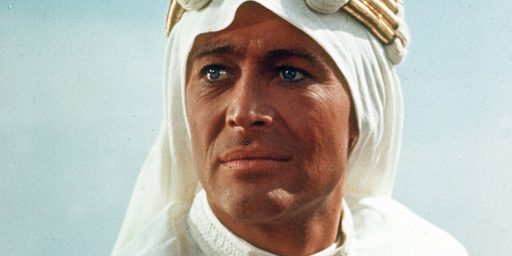