Voting has started in the biggest primary to date. 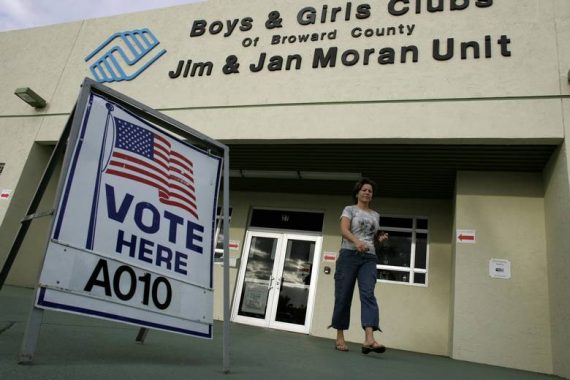 The shift away from Newt Gingrich in the Florida polls has been as significant as the one toward him in South Carolina. The first two polls released after South Carolina showed Mr. Gingrich with a lead of 8 and 9 points, respectively. But the news has gotten worse for him almost every day, and he trails Mitt Romney by nearly 15 points in the final FiveThirtyEight forecast of the Florida primary.

There is a relatively large amount of disagreement in the Florida polls — more than in the first three early-voting states. Some polls seem to imply a modest rebound toward Mr. Gingrich over the final 72 hours of the campaign, while others show continued momentum for Mr. Romney.

The disagreement may reflect, among other factors, the different ways in which pollsters handle early voting — perhaps one-third of votes in the Republican primary have already been cast by way of early or absentee ballots. And pollsters have different techniques for measuring the intentions of Hispanic voters, an increasing problem in survey research in Florida and other states.

Mr. Gingrich, however, has not held the lead in any Florida poll in roughly a week, and his odds of pulling off an upset are extremely slim. The FiveThirtyEight forecast model gives him just a 3 percent chance of victory.

Although polls of primary elections are subject to much larger errors and anomalies than those of general elections, Mr. Gingrich would need to overcome roughly twice the polling deficit that Hillary Clinton did in her upset win over Barack Obama in the 2008 New Hampshire primary. And he would need to do so despite Mr. Romney having accumulated what is almost certainly a substantial head start in early voting.

Other than a more-or-less spontaneous revolt by Florida voters against the expectation that they will elect Mr. Romney, it is hard to see how that 3 percent scenario materializes.

Still, if a win by Mr. Gingrich is exceedingly unlikely, there is some uncertainty about Mr. Romney’s potential margin of victory. Given that the shift toward Mr. Romney in the polls has probably been priced into the news media’s expectations, the margin may make some difference in the way the outcome is interpreted.

Here’s Silver’s final projection in Florida, in which a Romney victory is all but certain:

The big question coming out of tonight will be the size of Romney’s victory, it seems. Most polls conducted over the past 48 hours have shown a double digit lead, although the final PPP poll continues to show Romney’s lead in the high single digits.  Which gives us a final RCP chart that looks like this:

Obviously, the Romney campaign would like the margin of victory tonight to be as large as possible. Perhaps most interesting about Silver’s projection is the possibility that could crack the 50% barrier in the final numbers, something he hasn’t done in any of the recent polling. If that happens, then the points I raised yesterday about what a win in Florida means for Romney would become all the stronger. Getting the majority of the vote in a closed Republican party in a major state would be a huge boost to his campaign, and a huge hit for Gingrich. At the very least, though, it seems fairly clear that Romney will out-perform John McCain’s performance in 2008 when he got 36% of the vote (Bush got 62% in 2000 but that was before Florida started scheduling its primary early).

With the polls being the way they are, it seems almost pointless to make predictions about this primary. Barring something the inexplicable and unexpected,  Mitt Romney is going to win today, the only questi0n is how big his margin of victory will be. It will be interesting, I suppose to see where Santorum and Paul end up, but given the momentum of the race and the fact that they’ve both abandoned the state I wouldn’t be all that shocked if they both ended up in the single digits, or at least no higher than 11%.

Polls in Florida close at 7pm local time, meaning that they close at 7pm Eastern in most of the state and at 8pm Eastern in those parts of the state in the Central Time Zone. Don’t expect to say any media projections or results until all polls or closed at 8pm, they’ve learned their lesson from previous Sunshine State debacles. Results will also be available at the state’s official website, and on this site maintained by Google using results reported by the Associated Press.