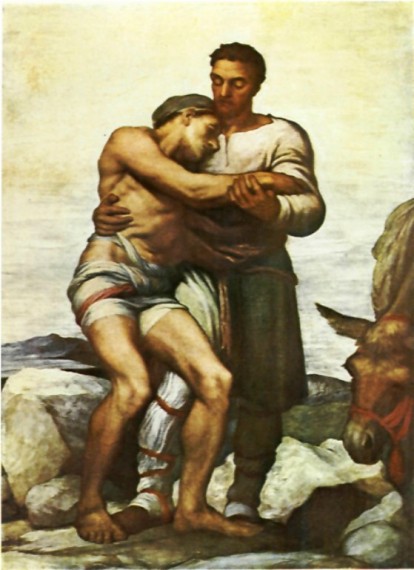 Via Fred Clark comes a fascinating story out of Kyrgyzstan, and how one neighborhood kept recent ethnic violence at bay.

In one neighborhood of diverse ethnic groups, about two dozen people — Kyrgyz, Uzbek and Russian — were chatting over tea, munching apples from their orchards and talking about how they remain scared.

Despite a growing sense of calm, there are still reports of sniper attacks. Some Uzbek enclaves have been hit by gunfire in recent days.

“Here, it’s defense with no weapons,” said Bakhtiyar Salidzanov, an Uzbek and the leader of this tiny neighborhood of a few hundred people.

No one has been leaving or going to work.

When people approach the street, if they are Kyrgyz, the neighborhood sends a Kyrgyz neighbor to talk to him, Salidzanov explained.

“They go there to sort of cover us Uzbeks. They explain to them, ‘Just go because we all live here together.’ But if Uzbeks come, then we go talk. From morning till night we stay here on duty. This is our street,” he said.

“The trust between Kyrgyz and Uzbeks, in this street we don’t lose. Still we trust each other,” he said.

This in the middle of ethnic violence. It’s just astounding the capacity human beings have to be decent when they are willing to put aside ancient, meaningless grudges and issues of this kind.