A Peek Inside North Korea 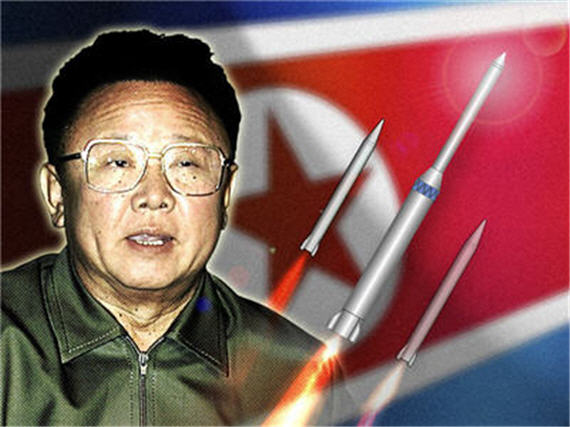 There’s a fascinating article in today’s New York Times offering a glimpse inside the world’s most reclusive regime, and the picture it paints isn’t pretty:

Interviews in the past month with eight North Koreans who recently left their country — a prison escapee, illegal traders, people in temporary exile to find work in China, the traveling wife of an official in the ruling Workers’ Party — paint a haunting portrait of desperation inside North Korea, a nation of 24 million people, and of growing resentment toward its erratic leader, Kim Jong-il.

What seems missing — for now, at least — is social instability. Widespread hardship, popular anger over the currency revaluation and growing political uncertainty as Mr. Kim seeks to install his third son as his successor have not hardened into noticeable resistance against the government. At least two of those interviewed in China hewed to the official propaganda line that North Korea was a victim of die-hard enemies, its impoverishment a Western plot, its survival threatened by the United States, South Korea and Japan.

Citing aerial photos of plumeless smokestacks, economists say roughly three of every four North Korean factories are idle. The economy has been staggering badly since 2006, when Kim Jong-il pulled out of multinational talks aimed at ending his nuclear weapons program. The sinking of the Cheonan will further damage the economy: South Korea has suspended nearly all trade, depriving the North of $333 million a year from seafood sales and other exports.

When the Korean Peninsula was divided in 1945, South Korea was poorer than its neighbor. Now its average worker earns 15 times as much as an average North Korean, according to cost-of-living-adjusted data. The number of defectors who make it through China to South Korea has steadily risen for a decade, hitting nearly 3,000 last year.

Infant and maternal mortality rates jumped at least 30 percent from 1993 to 2008, and life expectancy fell by three years to 69 during the same period, according to North Korean census figures and the United Nations Population Fund.

The United Nations World Food Program says one in three North Korean children under the age of 5 are malnourished. More than one in four people need food aid, the agency says, but only about one in 17 will get it this year, partly because donors are reluctant to send aid to a country that has insisted on developing nuclear weapons.

Along the same lines, Andrew Sullivan links to a 2004 BBC documentary about life inside North Korea (Part One and Part Two) that paints a horribly abject view of what the daily life of a North Korean is actually like to the point where this quote makes complete sense:

Others were more skeptical of the government’s propaganda, but still cast war as an inevitability. “We always wait for the invasion,” said one former primary school teacher. “My son says he wishes the war would come because life is too hard, and we will probably die anyway from starvation.”

When people live with an attitude like that it’s no wonder that they don’t rise up and strike down their oppressors, they’re too busy worrying about daily survival and, apparently, don’t really care if they’re going to be around five or ten years from now.

When the day does come that the Kim regime finally falls, whether because of war, Chinese intervention, or simply collapse, there’s going to be a nation of 24 million people who will about a half century or more out of place. Bringing them back into the real world will constitute a humanitarian undertaking of massive proportions.

There Are Two Options When It Comes To North Korea, And Only One Of Them Makes Sense