A Question Which I Wish Americans Would Ask Themselves

New Zealand has a referendum this weekend that will influence whether or not the country will change its electoral system (currently MMP, i.e., a mixed member proportional system).  In an editorial in support of keeping MMP the following line from an editorial in the New Zealand Herald (Flawed, but MMP is pick of the bunch)suggests a key question we should all ask ourselves.

The line:  “Change would be justified only if MMP had failed to produce governments that voters recognised as an expression of their collective will.”

Which leads to this question:  do elections in the United States produce governments that voters recognize as an expression of their collective will?

Update: If one doesn’t like the phrase “collective will” I would suggest the following reformulation:  ”do elections in  United States produce governments that voters recognize as adequately representative of the various political points of view in the electorate?” Another way to put it:  do our elections create an adequately representative Congress?

FILED UNDER: US Politics, elections 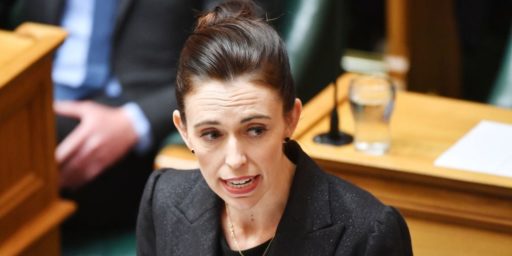