Regulars will recall the strange case of Adolf Hitler Campbell, who was denied a birthday cake with his name on it by a local supermarket on the grounds that his first two names are “Adolf” and “Hitler.”  Now, it seems, he’s been taken from his parents, along with his siblings Arylan Nation and Honszlynn Hinler, by the state of New Jersey.

The parents, Heath and Deborah Campbell, were to appear for a hearing today at the Hunterdon County Justice Center, the chief said, but the hearing was postponed.

The chief didn’t know why the children were taken but said his department received no reports of abuse or negligence.

It’ll be interesting to see what the explanation proffered is. Presumably, it’s not yet a crime to give your kids really stupid names.

UPDATE: AllahPundit has confirmation from NJ authorities that “Just to be clear, removal of a child from a family is only done when there’s an imminent danger to a child and that wouldn’t include the child’s name alone,” spokeswoman Kate Bernyk said. “We wouldn’t remove a child based on their name.” 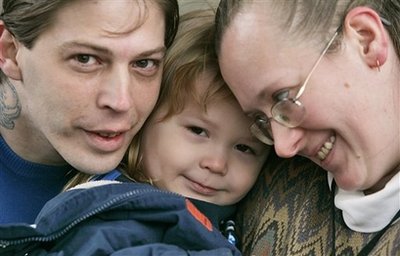