Afghan Official: SEAL Helicopter Shoot Down Was A Taliban Trap 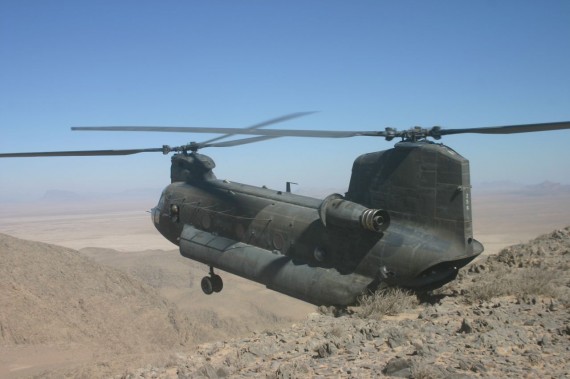 The London Telegraph is reporting claims by an unnamed Afghan official that, if true, just make the loss of 30 Americans even worse it sounded on Saturday:

A helicopter which crashed killing 30 US troops in Afghanistan was shot down after the Taliban laid a trap to lure US forces into the area, an Afghan government official said on Monday.

“Now it’s confirmed that the helicopter was shot down and it was a trap that was set by a Taliban commander,” said the official, speaking on condition of anonymity.

The official said the commander lured US forces to the scene by telling them there was a Taliban meeting taking place there.

The official said that President Hamid Karzai’s US-backed government “thinks this was a retaliation attack for the killing of Osama bin Laden.”

The Taliban did not make such an assertion when they claimed responsibility for the attack.

Citing intelligence “gathered from the area,” the official blamed Qari Tahir, a Taliban commander, for masterminding the attack. He alleged that four Pakistani nationals helped Tahir carry out the strike.

He said the intelligence also showed that the Chinook helicopter was brought down by multiple shots including “modern weapons” without giving further details.

According to the article, the attack took place in a valley from which there is only one route for a helicopter to approach from, so the Taliban knew where the Chinnok would be coming from. There’s been no confirmation of this from the Pentagon, and I’d surely want to hear from them before fully believing something that some anonymous Pentagon official said. Nonetheless, if this is true it suggests an atypical level of sophistication from the Taliban, and perhaps infiltration of the Afghan military.