After more than three decades, the men and women held hostage in Iran for 444 days will receive at least some compensation. 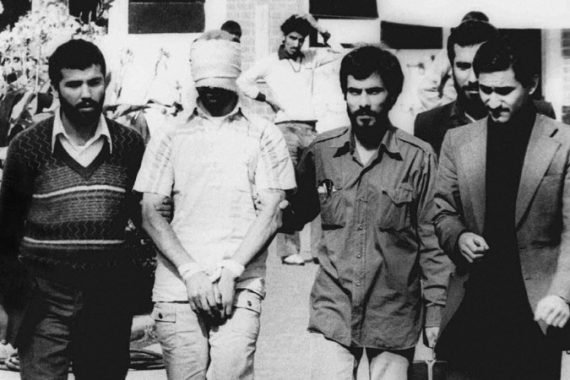 One of the provisions in the spending bill that passed Congress last week included a line item compensating the 53 Americans who were held hostage by Iran for 444 days during the Presidency of Jimmy Carter:

WASHINGTON — After spending 444 days in captivity, and more than 30 years seeking restitution, the Americans taken hostage at the United States Embassy in Tehran in 1979 have finally won compensation.

Buried in the huge spending bill signed into law last Friday are provisions that would give each of the 53 hostages or their estates up to $4.4 million. Victims of other state-sponsored terrorist attacks such as the 1998 American Embassy bombings in East Africa would also be eligible for benefits under the law.

“I had to pull over to the side of the road, and I basically cried,” said Rodney V. Sickmann, who was a Marine sergeant working as a security guard at the embassy in Tehran when he was seized along with the other Americans by an angry mob that overran the compound on Nov. 4, 1979. “It has been 36 years, one month, 14 days, obviously, until President Obama signed the actual bill, until Iran was held accountable,” he said.

The law now stands to bring closure to a saga that riveted the nation and ruptured America’s ties with Iran. The very agreement that won the hostages’ release in 1981 barred them from seeking restitution. Their legal claims were repeatedly blocked in the courts, including an appeal denied by the Supreme Court. Congress tried but failed to pass laws granting them relief.

But this year, vindication came in a decision that forced the Paris-based bank BNP Paribas to pay a $9 billion penalty for violating sanctions against Iran, Sudan and Cuba. Some of that money was suddenly available for victims of state-sponsored terrorism.

Congress was also motivated by many members’ anger over the Iran nuclear accord, which was hailed this year as a herald of warmer relations with the Islamic republic.

Some of the hostages were subject to physical and psychological torture during their long ordeal, and many regarded the thaw as frustrating and premature.

Like most of the hostages, Mr. Sickmann learned of the imminent legislation in a conference call with their main lawyer, V. Thomas Lankford, on Dec. 16.

“It became clear that we were sort of inextricably linked to the nuclear negotiations,” Mr. Lankford said in an interview. “Those negotiations resulted in an understanding that an inevitable next step in securing a relationship was to address the reason for the rupture, which was our kidnapping and torture.”

“As valuable as stopping the spread of nuclear arms is,” he added, “it’s equally important to establish the precedent that in one way, shape, form or another, a state sponsor of terrorism will not be permitted to walk away.”

For years, the hostages pushed for relief from Congress.

“Time and time again, we thought we’d get a bill,” said David M. Roeder, a retired Air Force colonel who was an attaché at the embassy in Tehran when he was taken hostage. “We were pushing toward the goal line, and our portion would get stripped out.”

Mr. Roeder called the experience “the epitome of the roller coaster ride.”

He added, “We were sent into harm’s way by our government and then nobody seemed to want to do anything about it.”

Over the years, the former hostages had numerous champions in Congress. In recent years, some of their strongest advocates included the Senate Democratic leader, Harry Reid of Nevada, and Senator Johnny Isakson, Republican of Georgia, each of whom had former hostages or relatives of hostages living in their home states.

In a statement, Mr. Reid said that the action by Congress was long overdue. “These Americans, held hostage for 444 days in 1979, deserved to finally be compensated for the horrors that they and their families have survived,” he said.

Mr. Sickmann said that he would have preferred that Iran pay compensation directly, as Libya did for victims of the bombing of Pan Am Flight 103 over Lockerbie, Scotland, but that he did not expect an apology from Iran. “I don’t believe that they will ever, ever apologize,” he said. “They don’t believe that they did anything wrong.”

The formula by which compensation would be paid under the bill, which is set forth in the linked article, is somewhat complicated and it’s unclear exactly how much each former hostage or their family would end up actually getting in the end. Also, the fact that the amount authorized includes provisions that allow for compensation to people impacted by other terrorist events over the past three decades. With respect to the Iranian hostages, it seems possible that at least part of the compensation will be paid out of the $9 billion judgment obtained in Switzerland. Whatever the means and the amount, though, it is obviously long overdue for the men and women who were subjected to severe conditions of captivity for more than a year simply because they happened to be working for the United States Government in the wrong place at the wrong time.

Ideally, of course, it would be the Iranian government that is compensating the hostages for their captivity. The hostage crisis was, after all, an event that was obviously instigated by the government and it was the government of the Islamic Republic of Iran that took responsibility for negotiating for their release even while initially claiming that the entire incident was instigated by “student” acting spontaneously. The problem the hostages faced is that they had no legal means to seek compensation from Iran. As noted, the agreement that resulted in the release of the hostages in January 1981 included provisions that purported to bar the hostages from seeking damages against Iran for their captivity, notwithstanding the fact that the hostages themselves were not parties to that agreement. Because of this agreement, the repeated efforts that were made in courts in the United States and elsewhere to try to seek direct judgments against Iran were unsuccessful. Even without that provision in the 1981 agreement, though, it would have been difficult for the former hostages to obtain and successfully collect on judgments against Iran via American courts, just as it is difficult for Americans to seek and obtain damages against a sovereign government here in the United States. Nonetheless, for decades the hostages and their advocates have argued that the fact that the United States Government entered into an agreement that precluded them from seeking redress themselves meant that the Federal Government had at least a moral obligation to step in and compensate the hostages itself, especially since these people were Federal employees who were simply in Iran to do their jobs. It took long enough, but it’s good to see that it finally happened. 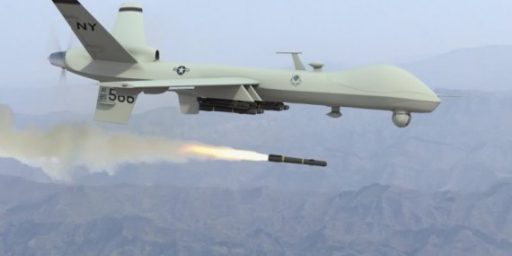 Two Hostages, Including One American, Killed In Raid On Al Qaeda Targets