Search Engine Journal reports that French wire service Agence France Presse is suing news aggregator GoogleNews for unauthorized use of its photos and news headlines. Ironically, I found the story via GoogleNews.

The law suit was filed this week on Thursday in the U.S. District Court for the District of Columbia. The basis around the law suit is that Agence France Presse sells subscriptions to its new content. Google News however crawls photos and news stories from AFP, posts the stories on Google News, and then Google News readers clcik over to the AFP site. Although this may sound good for traffic to AFP and the possibility of selling new subscriptions, one problem seems to be that Google News indexes the entire news story from a site, unlike RSS syndication which only indexes an excerpt.

GoogleNews is doing the same thing with Outside the Beltway and is welcome to do so.

One small correction: RSS can feature the entirety of the site’s content or a limited excerpt, depending on the parameters set by the site owner.

FILED UNDER: Law and the Courts, Media, District of Columbia, France, Google, RSS 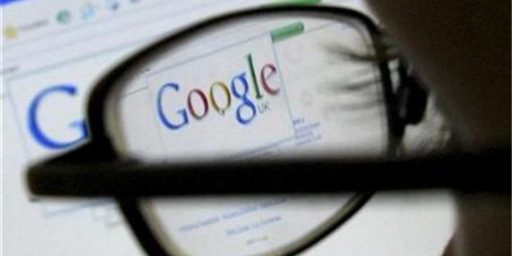