“Using the tax code to exact retribution or divert public attention from the government’s own errors is unjustifiable. Also, the implications of pursuing this course of action are not that we will recover the bonuses distributed to AIG executives, but that we will undermine the credibility of our tax system, create an atmosphere where any group that offends the sensibilities of the majority may be at risk for punitive tax treatment, and step into a world more akin to the government of Venezuela than that of America.

Remember, it was the abuse of the power to tax by the British government that led to our revolution, and we should not forget that fact or those principles of fairness and equity that led to the creation of our nation in the first place.”

Now, don’t get me wrong. I do not approve of the proposed punitive taxes against the AIG executives who received retention bonuses. That said, that proposed tax is hardly in the same league as the punitive taxes in the American Revolution, which were geared at maintaining monopolies for favored companies and discouraging colonial enterprise. The retention bonuses are a nasty bit of work that, as far as I can tell, were written into the executive pay packages in full contemplation of the fact that AIG was going to fail and likely be bailed out.

Like I said, I oppose taxing those bonuses for a number of reasons, not the least of which are rule of law issues. That said, I’m not really ready to go all Lexington and Concord over taxes against executives who are right up on the border of having committed acts of fraud. 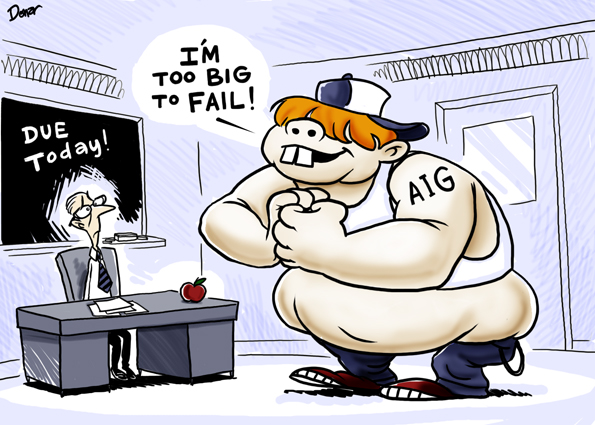