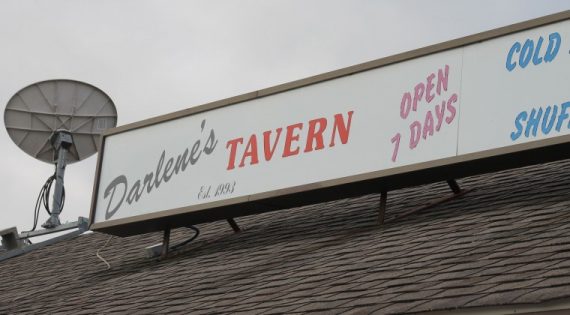 No one was injured when a Maryland Air National Guard jet inadvertently dropped a practice bomb over the Eastern Shore on Thursday night, a spokesman said.

“We were just in the bar, shooting shuffleboard,” bar owner Darlene Hurley said. “It blew the parking lot up so bad, rocks flew up everywhere.”

Kohler said an experienced A-10 Warthog pilot from the 104th Fighter Squadron was attempting to drop the ordnance during a routine training mission over Warren Grove Range in New Jersey on Thursday evening when the instrument panel indicated it had failed to release from the aircraft.

After following the proper procedures for a release failure, Kohler said, the pilot returned to Warfield Air National Guard Base in Middle River.

“They couldn’t tell what had happened, so they had to come back as soon as possible,” Kohler said. “They avoid heavily populated areas.”

When the aircraft arrived, Kohler said, the ground crew noted it was no longer carrying the ordnance.

“It released along the way,” he said. “We’re fortunate that nobody was hurt.”

This is why we have training ordnance.

The bar’s patrons are taking it with good humor:

Hurley said her bar, located in the middle of a soybean field, was full of regulars who joked with bomb technicians that they should rename the place “Bull’s-Eye.” The ordnance, she said, was buried more than 2 feet into the ground and had to be removed with a backhoe.

“We decided to go with Tshirts that say, ‘We got bombed,’ and put the time and date on there,” said Hurley, adding that business was brisk Friday as “the whole town” talked about what happened.

For some reason, I’m reminded of this: