The Air Force has suspended a course that teaches nuclear officers that Christian ethics permit them to do their job. 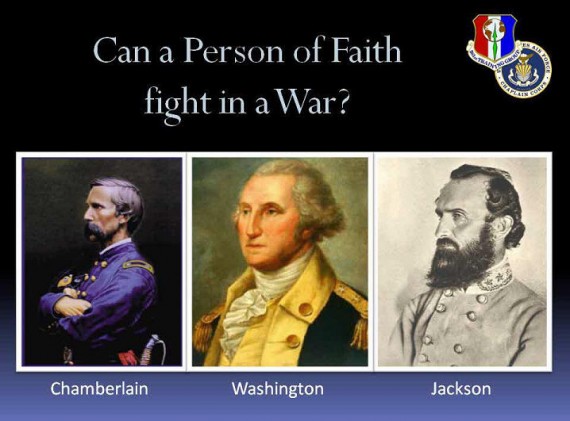 The Air Force has suspended a course that teaches nuclear officers that Christian ethics permit them to do their job.

Air Force missileers may no longer get decades-old, Bible-centric ethics training, designed to help them resolve moral or religious doubts about the use of nuclear weapons, our own Bryant Jordan reports. The training, known colloquially among the blue-suited as “Jesus loves nukes,” has been in place for 20 years, Jordan writes, and it sounds like a version of what Malcolm McDowell underwent in “A Clockwork Orange:”

Actually, it looks a whole lot like a standard PowerPoint presentation on Just War Theory. Which, well, it is.

Every new missile officer had to take the training at Vandenberg Air Force Base in California, regardless of their own religious beliefs or lack of them, according to [Air Education and Training Command spokesman Dave] Smith.

The website also published the training slides, which it acquired from the watchdog group Military Religious Freedom Foundation, an organization that has filed numerous lawsuits against the Air Force for allegedly infringing on the rights of religious minorities and non-believers and promoting evangelical Christian beliefs.

[MRFF President Mikey]Weinstein said more than 30 Air Force officers, most of them practicing Protestants and Roman Catholics, contacted his group in July to ask if he could help get rid of the Christian-themed nuclear missile ethics training. The Air Force released the slides under a Freedom of Information Act request.

“If this repugnant nuclear missile training is not constitutionally violative of both the ‘no religious test’ mandate of the Constitution and the First Amendment’s ‘No Establishment’ clause, then those bedrock legal principles simply do not exist,” Weinstein said.

Several nuclear-trained Air Force officers in the comments sections of both posts and on Twitter have stated that they did not receive this training back in the 1990s, which calls into question the notion that it has been in place for 20 years. But that’s not shocking: military units often have little institutional memory, since assignments rarely last more than three or four years.

Regardless, the notion that the Air Force has been run by an “evangelical Christian mafia” has been around for quite some time and this doesn’t help dispel it. The presumption that all officers would be presumed to be religious and should be trained by a chaplain on their ethical responsibilities is simply wrong.

As to the presentation itself, though, I have a hard time getting particularly upset about it. While I’m not only an atheist but an anti-theist, I nonetheless find the PowerPoint rather innocuous. It’s a rather generic ethics presentation, with examples drawn from sports figures, politicians, and military heroes, followed by a standard presentation of Just War Theory as devised by Augustine and other Catholic theologians and built upon by secular scholars in subsequent centuries. Further, the theology is ecumenical, including Catholic and Jewish verses.

My guess is that this will be repackaged in a slightly less theological manner and presented in the future by missile officers rather than chaplains. 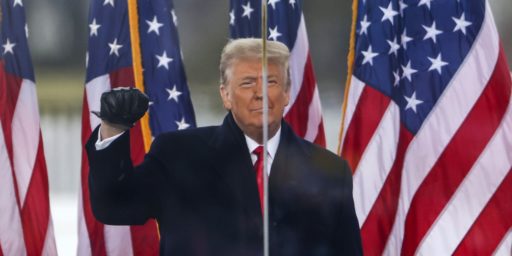