The Aksa Martyrs Brigades, one of the nuttier Palestinian terrorist groups, claims to have secretly manufactured at least twenty kinds of biological and chemical weapons.

The Aksa Martyrs Brigades announced on Sunday that its members have succeeded in manufacturing chemical and biological weapons. In a leaflet distributed in the Gaza Strip, the group, which belongs to Palestinian Authority President Mahmoud Abbas’s Fatah Party, said the weapons were the result of a three-year effort. According to the statement, the first of its kind, the group has managed to manufacture and develop at least 20 different types of biological and chemical weapons.

The group said its members would not hesitate to add the new weapons to Kassam rockets that are being fired at Israeli communities almost every day. It also threatened to use the weapons against IDF soldiers if Israel carried out its threats to invade the Gaza Strip.
“We want to tell [Prime Minister Ehud] Olmert and [Defense Minister Amir] Peretz that your threats don’t frighten us,” the leaflet said.
“We will surprise you with our new weapons the moment the first soldier sets foot in the Gaza Strip.”

Absent more proof, I’m more than a little skeptical. If they’ve got the goods, why not use them? And, if they wanted to achieve some type of leverage by a mere announcement, why wait until they have twenty different varieties? Please.

There’s lots of speculation out there in the blogosphere–this post included, of course. Among the more interesting are Richard at Hyscience and Ed Morrissey, who think this is where Saddam’s WMD got off to, and Dan Riehl, who speculates that this might be an Israeli intelligence op used as a justification for preemptive action (or, conversely, that Al-Aksa boys might try that spin).

In any case, no one thinks this will work out well for the Palestinians. 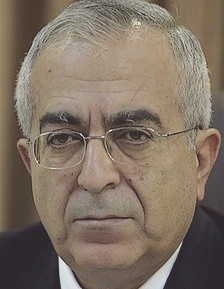