In a move sure to satisfy Deathers as much as a contemporaneous newspaper story satisfied Birthers, al Qaeda has released a statement confirming that Osama bin Laden is dead. 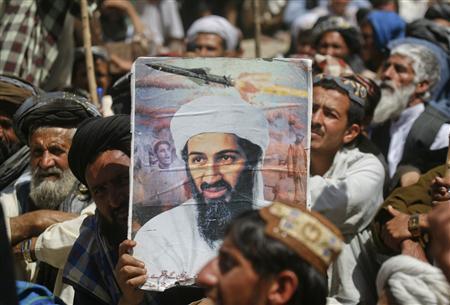 In a move sure to satisfy Deathers as much as a contemporaneous newspaper story satisfied Birthers, al Qaeda has released a statement confirming that Osama bin Laden is dead.

Al Qaeda confirmed the death Osama bin Laden Friday in an Internet message that vowed revenge on the United States and its allies, including Pakistan, according to the SITE monitoring service.

Five days after President Barack Obama announced bin Laden’s death in a U.S. raid in Pakistan, al Qaeda vowed not to deviate from the path of armed struggle and said bin Laden’s blood “is more precious to us and to every Muslim than to be wasted in vain.”

“It (bin Laden’s blood) will remain, with permission from Allah the Almighty, a curse that chases the Americans and their agents, and goes after them inside and outside their countries,” the militant network said in a statement released on Islamist Internet forums and translated by SITE.

“Their happiness will turn into sorrow, and their blood will be mixed with their tears,” al Qaeda said.

“We call upon our Muslim people in Pakistan, on whose land Sheikh Osama was killed, to rise up and revolt to cleanse this shame that has been attached to them by a clique of traitors and thieves … and in general to cleanse their country from the filth of the Americans who spread corruption in it.”

This threat is hollow; if they could launch a major attack, they would have done it regardless. I am somewhat bemused that Pakistan, which gave Osama sanction for six years, is being threatened because of an American raid that we kept secret because we didn’t trust them.