Bob Novak has an interesting analysis of the Sharpton campaign, painting him as a much more formidable candidate than anyone gives him credit for: “The NARAL Pro-Choice America dinner Jan. 21 was an eye opener. All six declared presidential hopefuls delivered dutiful but uninspired affirmations (with Sen. Joe Lieberman, treasuring his social conservative credentials, enshrining abortion as an American tradition). Sharpton stirred the audience by declaring: ‘It is time for the Christian Right to meet the right Christian.'” I strongly dislike Sharpton and think he’s a fraud. Further, I think there is zero chance of him gaining the nomination; eventually, the white candidates will winnow down to two or three and Sharpton’s advantage will disappear. Still, he does stand out in a field of incredibly bland politicos afraid to say anything that could possibly offend someone. Whatever flaws Sharpton has, that is not among them. 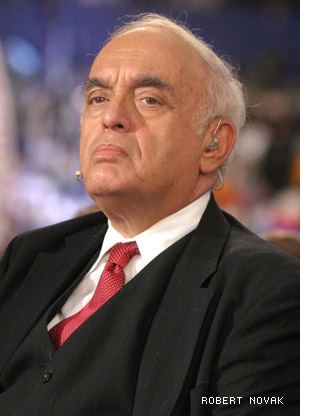