“All I Ate Was A Little Soup”

The leading contender for the 2008 Democratic nomination collapsed today just before she was to give an address on health care. 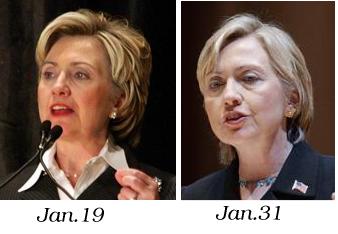 That’ll teach her to accept dinner invitations from Massachusetts senators.