There’s really no way you can consider something like this to be good news:

According to a new survey by the National Science Foundation, nearly half of all Americans say astrology, the study of celestial bodies’ purported influence on human behavior and worldly events, is either “very scientific” or “sort of scientific.”

By contrast, 92 percent of the Chinese public think horoscopes are a bunch of baloney.

What’s more alarming, researchers show in the 2014 Science and Engineering Indicators study, is that American attitudes about science are moving in the wrong direction. Skepticism of astrology hit an all-time high in 2004, when 66 percent of Americans said astrology was total nonsense. But each year, fewer and fewer respondents have dismissed the connections between star alignment and personality as bunk.

Not surprisingly, those with less science education and less “factual knowledge” have become increasingly willing to accept astrology as legitimate science, with 65 percent of such individuals considering the pseudo-science credible in 2012, up from 48 percent in 2010.

Young people are also especially inclined to offer astrology scientific legitimacy, with a majority of Americans ages 18 to 24 considering the practice at least “sort of” scientific, and the 25-34 age group is not far behind them.

John Besley of Michigan State University, the lead author of the report’s chapter on public attitudes toward science, told Mother Jones he thinks we need to wait “to see if it’s a real change” before speculating about what the data really means, but said the data “popped out to me when I saw it.”

Here are the exact findings from the survey:

The data on Americans’ astrological beliefs are compiled by NSF but come from a variety of sources; since 2006 they have come from the General Social Survey. Over the years, the GSS and other surveys have asked Americans a recurring question: “Would you say that astrology is very scientific, sort of scientific, or not at all scientific?”

In response, a substantial minority of Americans, ranging from 31 to 45 percent depending on the year, say consider astrology either “very scientific” or “sort of scientific.” That’s bad enough—the NSF report compares it with China, where 92 percent of the public does not believe in horoscopes—but the new evidence suggests we are also moving in the wrong direction. Indeed, the percentage of Americans who say astrology is scientifically bunk has been declining ever since a high point for astrology skepticism in 2004, when it hit 66 percent.

The recent increase in astrological credulity was most dramatic among those with less science education and less “factual knowledge,” NSF reported. In the latter group, there was a staggering 17 percentage point decline in how many people were willing to say astrology is unscientific, from 52 percent in 2010 to just 35 percent in 2012. Also apparently to blame are younger Americans, aged 18 to 24, where an actual majority considers astrology at least “sort of” scientific, and those aged 35 to 44. In 2010, 64 percent of this age group considered astrology totally bunk; in 2012, by contrast, only 51 percent did, a 13 percentage point change.

So, what is it that explains the fact that so many Americans accept the validity of obvious nonsense while at the same time both rejecting actual science and displaying a lack of knowledge about basic scientific concepts? No doubt, a part of it is due to the poor state of science education in schools but I think there might be something more to it. I just haven’t figured out what that something is quite yet. 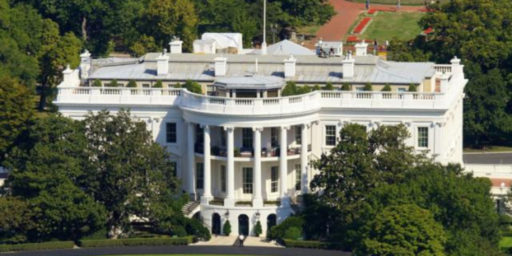