Americans Really Like Talking On The Phone While Driving

A new study from the Centers For Disease Control shows that Americans talk on their phones while driving far more than people in other countries: 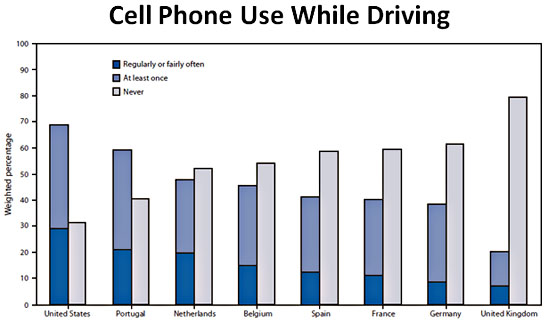 The only nation that even comes close is Portugal.