Defense Industry Daily reports on the creation of a Joint Council on Aging Aircraft (JCAA), “a collaborative effort by the Navy, Marine Corps, Air Force, Army, Coast Guard, Defense Logistics Agency, Federal Aviation Administration (FAA), NASA and academia” to study the implications of the U.S.’ amazingly old fleet of military aircraft. It has long been true that the airframes are older than the pilots. Now, many are older than their wing commanders as well.

Joe Katzman notes, too, the phenomenon known as the “defense industry cost/death spiral in which each successive generation of equipment costs significantly more in inflation adjusted terms than its predecessors, and often has higher maintenance burdens. This leads to fleets being kept in service for longer periods, both to justify the costs and to keep the overall numbers up.”

It’s a significant issue, to be sure. Unfortunately, the institutional preference of our military aviation community is, as noted by the late Carl Builder, always for much more expensive “toys” rather than simply replacing current aircraft with new and only slightly updated versions. Not only is this radically more expensive, it’s rather hard to justify in an era where air dominance is virtually assured.

We are still doing procurement as we did in the Cold War, except the high tech peer competitor is now completely mythical. Indeed, what we need is more cargo and close are support planes rather than new gee-whiz fighters. 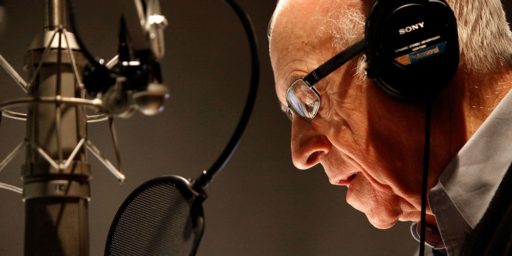