AN ARMY OF ONE

MSNBC reports on an 18th Airborne Corps colonel who became engaged to 50 Afghani women. Jay finds it pretty damned amusing, as do I, although I disagree with his conclusion that it’s none of the Army’s business. It sounds like he’s violated several articles of the UCMJ, not least of which is Article 133 “conduct unbecoming an officer and a gentlemen.” 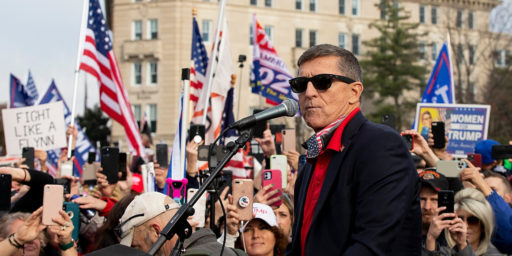 No, Flynn Shouldn’t be Court-Martialed