And Now for Something Completely Different

A bit of levity to distract from all the Syria talk (via the BBC):  Vladimir Putin ‘underwear’ painting removed from Russian gallery

Police in Russia have seized a painting depicting the country’s president Vladimir Putin in women’s underwear from an art gallery in St Petersburg.

Its artist, Konstantin Altunin, has since left the country to seek asylum in France, according to the director of St Petersburg’s Museum of Power.

Well, the painting is amusing, the clear lack of civil liberties in Russia, actually, quite sobering.

But, to focus on the levity: 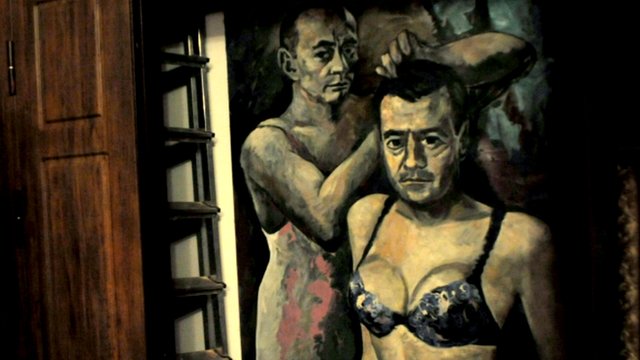