Card is a student of memory. He practices a technique pioneered by Matteo Ricci, a 16th-century Italian Jesuit. Ricci, who did missionary work in China, introduced the notion of a “memory palace” to Confucian scholars. The “memory palace” is a structure of the mind, to be furnished with mnemonic devices. Ricci might construct an imaginary palace room for each of his students — filled with furniture and shelves to represent aspects of that student (a painting to express his appearance, a shelf on which to array his scholastic record).

Memory is central to a chief of staff’s job. He must possess enough instant knowledge to execute the president’s minute-to-minute pursuits, be it macro (his agenda) or micro (when he’s due for a haircut). Brad Blakeman, a former White House scheduler, says it’s not uncommon to have someone ask where the president will be on a certain date three months in the future and have Card answer precisely. “He knew the president’s schedule a lot better than me,” Blakeman says, “and I was the scheduler.”

While Ricci used a palace, castle or other elaborate edifice, Card’s palace is his mental kitchen. Every Monday morning when he arrives at the White House, Card performs the ritual of “cleaning my kitchen.” “I view my job as being responsible for the president to have everything he needs to do his job,” Card says. “So when I clean my kitchen, it’s really about anticipating what it is the president will have to do, what kind of help he will need to do it and when it has to be done.”

When tackling matters of top priority, Card stands at the stove, working his “front and back burners.” Intelligence reform is cooking this morning. He needs to call several people: 9/11 Commission Chairmen Tom Kean and Lee Hamilton, Reps. Duncan Hunter and James Sensenbrenner, and House Speaker Dennis Hastert. They are “on my right front burner,” he says. “Then I shift gears to my left front burner, which is second most important,” Card says. He will help the president hire a Cabinet secretary, then move to his right rear burner (hiring White House staff for the second term). “I do that all in my kitchen,” Card says. “Now the things I want to put off for a long time, I put in the freezer. But then I can go to my freezer and generally remember things that I put there a long time ago.” He will store matters that were resolved or tabled yesterday in a cupboard.

“If you go see Andy at his desk, it looks like he’s not doing anything,” says Andrew Natsios, a close friend of Card’s who is head of the Agency for International Development. “It’s almost empty, there’s no paper anywhere. But he’s created this whole system in his head with this mind discipline of his.”

A facinating account that goes on for several “pages.” I have enough trouble remembering where I put my notes, so this technique will likely not work for me. And, for that matter, my kitchen is a mess. 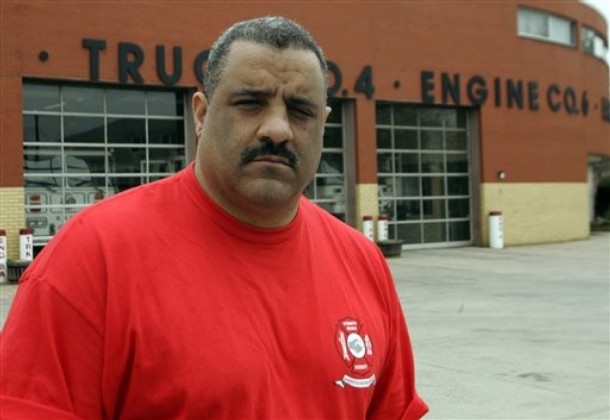