Another Observation about the Flotilla

for the sake of argument, and putting ourselves in the shoes of an Israeli naval commander, let’s assume the most malevolent of motivations for the people participating in the peace flotilla. If I am in charge of doing that for the Israeli Navy, I am going to assume these people are smart and are deliberately trying to provoke a crazy response from my sailors and soldiers that will produce ready-for-television images that both isolate Israel within the international community and further raise the ire of the Arabic-speaking and Islamic worlds. I mean, that is my base assumption for what this group is trying to do. So naturally, the last thing I would want my forces to do would be to overreact, right?

In reality, what happened today is the Israelis got their butts handed to them. The Israeli response to this aid flotilla was a fabulous gift to Hamas and Iran. 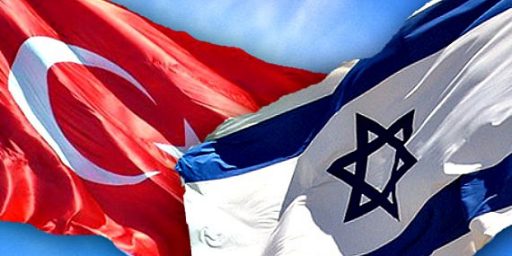