A company called Hero Builders is offering this for sale 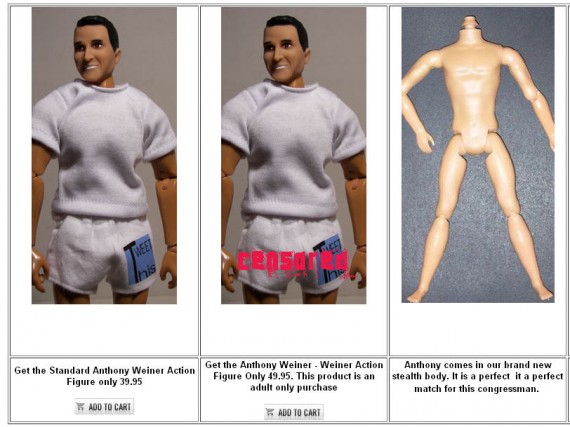 Sadly, I’m not making this up. A company called Hero Builders is offering this for sale:

It’s not quite clear what the Weiner Weiner Doll’s enhancement is but the implication is clear enough. NewsCore notes that there are other action figures in the line-up:

Weiner is not the first political figure to be turned into an action figure by Herobuilders.com.

Questions: Does it come with an unregistered, environment-destroying SUV? And a highly political wife who, when the Weiner doll tweets his junk to unsuspecting Barbies, will automatically swing into aidin’ and Abedin mode?

While one admires the entrepreneurial spirit here, it’s a bizarre product. Weiner’s a public figure, so there’s a wide berth for satire. But one wonders if this crosses the line in using his celebrity to sell a product.