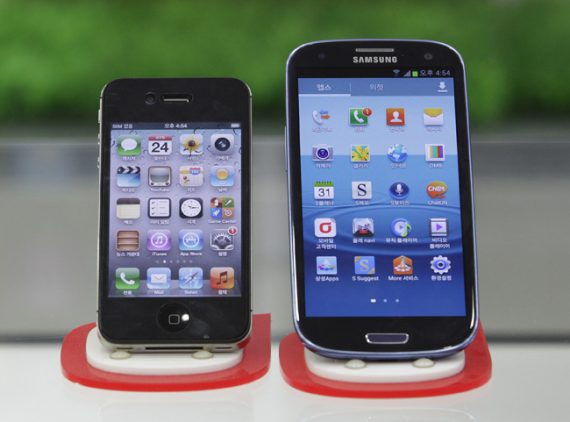 ADDITION FOR CLARIFICATION ON WHERE RULING WAS MADE – Samsung Electronics’ Galaxy S III, right, and Apple’s iPhone 4S are displayed at a mobile phone shop in Seoul, South Korea, Friday, Aug. 24, 2012. After a year of scorched-earth litigation, a jury decided Friday that Samsung ripped off the innovative technology used by Apple to create its revolutionary iPhone and iPad. The jury in San Jose, Calif., ordered Samsung to pay Apple $1.05 billion. An appeal is expected.