A summary of the status of the “Arab Spring” uprisings with links to news coverage and commentary. 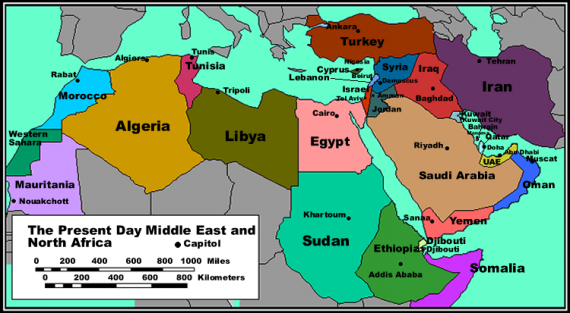 The wave of protests in the Middle East and North Africa which began with the self-immolation of an unemployed man in Tunisia in December 2010 continue. In this post I will attempt to provide a quick update on what’s going on in the several countries of the region along with news reports and commentary. The constraints of the medium and the vastness of the region involved make this post necessarily terse.

Additional news items or links to pertinent commentary are welcome in the comments.

Mubarak to be Tried for Deaths of Protestors

It looks very much as though Ali Abdullah Saleh, Yemen’s long-time dictator, has no intention of following through on his promises for a transition from power.

Bahrain’s violent crackdown on protestors may have been successful.

With ongoing NATO air support the rebels continue to hold Benghazi as some countries slowly recognize their authority. The great question for Libya now is how far will Moammar Qaddafi go to retain power?

Strategy Page, “The War in the Shadows”

As always our colleague, John Burgess’s blog, Crossroads Arabia, remains a fine source of news and commentary on the Kingdom of Saudi Arabia.

Jordan remains politically more stable than many countries in the region and the country’s King Abdullah appears to be attempting to get out in front of the current of history with his visit to Egypt and announcement of support for the Libyan rebel council.

Protests in Algeria have been frequent and quashed by police. The opposition questions the government’s willingness to engage in genuine reform.