The Catholic Archbishop of Atlanta is selling a $2 million mansion the diocese acquired after several weeks of bad press over the acquisition:

Archbishop Wilton Gregory will vacate his $2.2-million Buckhead mansion in early May and move into another available archdiocese property.

The decision followed a Saturday morning meeting at the Archdiocese of Atlanta with three advisory councils.

“After consultation with the members and hundreds of well-meaning parishioners of differing points of view, as well as my own personal reflection and prayer, I have decided to sell the Habersham property and invest the proceeds from that sale into the needs of the Catholic community,” Gregory said in a statement.

Some parishioners have criticized the Catholic leader for living too opulent a lifestyle that’s out-of-steAp with the example set by Pope Francis. Gregory said earlier this week he erred in moving to a 6,196-square-foot house in the toniest section of Atlanta.

Gregory arrived at the meeting at the Archdiocese of Atlanta in his Lexus, according to news reports. About 60 people — including religious clergy and laypeople — attended the meeting, which started with a prayer led by Gregory, according to Patricia Chivers, spokeswoman for the archdiocese.

The campus was closed to media and a security guard was stationed at the entrance to verify all visitors.

Gregory isn’t the first Bishop to come under scrutiny for opulence since Pope Francis came into the Papacy, and he’s unlikely to be the last. 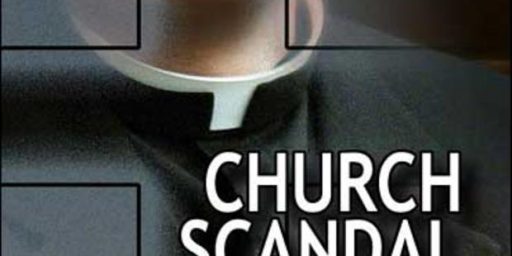