After a lengthy search, The Atlantic Monthly today named a new editor — James Bennet, a reporter for The New York Times, who will be following a long line of storied editors from James Russell Lowell and William Dean Howells to Michael Kelly. Mr. Bennet, 39, who has covered political campaigns and served as Jerusalem bureau chief for The Times, was offered the job by David G. Bradley, the magazine’s owner, on Tuesday and accepted it and resigned from The Times today. He said he expected to start at his new job in about two weeks. Mr. Bennet’s appointment was announced to the staff late this afternoon.

A graduate of Yale, Mr. Bennet held an editing post at The Washington Monthly from 1989 to 1991 but otherwise has devoted his career to writing. He briefly resigned from The Times in 2003 for a job at The New Yorker but before starting decided he was not ready to leave the newspaper and continued at his post in Jerusalem.

The Atlantic has been searching for an editor since last April, when Mr. Bradley announced that he was moving it from its 149-year-old home in Boston to Washington. The magazine has been in some turmoil since, with many staff members in Boston deciding to stay there, and with Mr. Bradley hiring several writers on his own and rebuilding the operation in Washington, all without an editor at the top. In a sign of the flux, the current issue carries no masthead at all.

I would have expected to see someone with magazine experience rather than a daily beat reporter, but Bennet has an excellent resume. 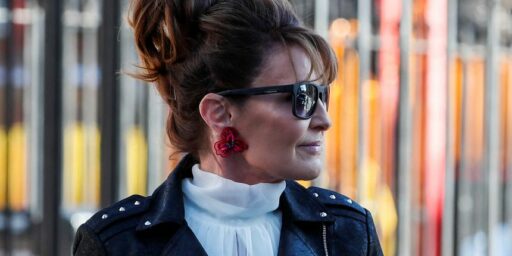