Yes, we have most definitely redesigned The Atlantic.com, as part of a broader effort that includes a redesign of the print magazine. Today’s relaunch provides a first look at our new nameplate–our revived nameplate, really. To create it, the graphic designer Michael Bierut and his team at the design firm Pentagram adapted a logo that The Atlantic used for more than 35 years in the middle of the last century. The image of the November cover, to the right, shows how the nameplate and our new fonts appear on the magazine.

Working with Pentagram, our art director, Jason Treat, has added a substantial dash of color to the site. When you refresh the home page, you’ll see the color in the horizontal bar at the top of the page change, as it rotates through a set palette. There’s no grand theory at work here–no attempt to link a particular shade with a particular idea or argument or piece of news; we just like the vibrancy of the colors and the freshness that comes with their changing.

Aside from the rather jarring splashes of color and the new logo, left unstated is the more substantial change: The completion of the rebrand of the magazine from Atlantic Monthly to simply The Atlantic. While even the previous logo and editorial style had dropped the “Monthly,” it still remained in the masthead, mailing addresses, and so forth. No longer.

Given the amount of content on the website, which is updated constantly throughout the day, and the fact that the magazine only comes out ten times a year, the “Monthly” had long stopped being an accurate descriptor. But it’s a substantial change for an institution that’s been around since 1857. 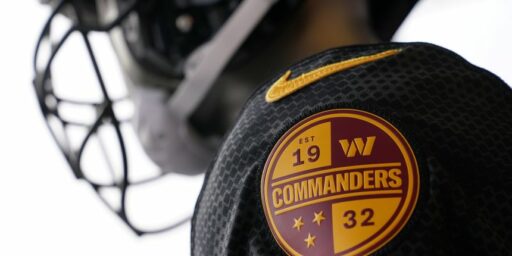