Thanks in large part to an aggressive public health education program and vaccination, Australia is on course to effectively eradicate cervical cancer. 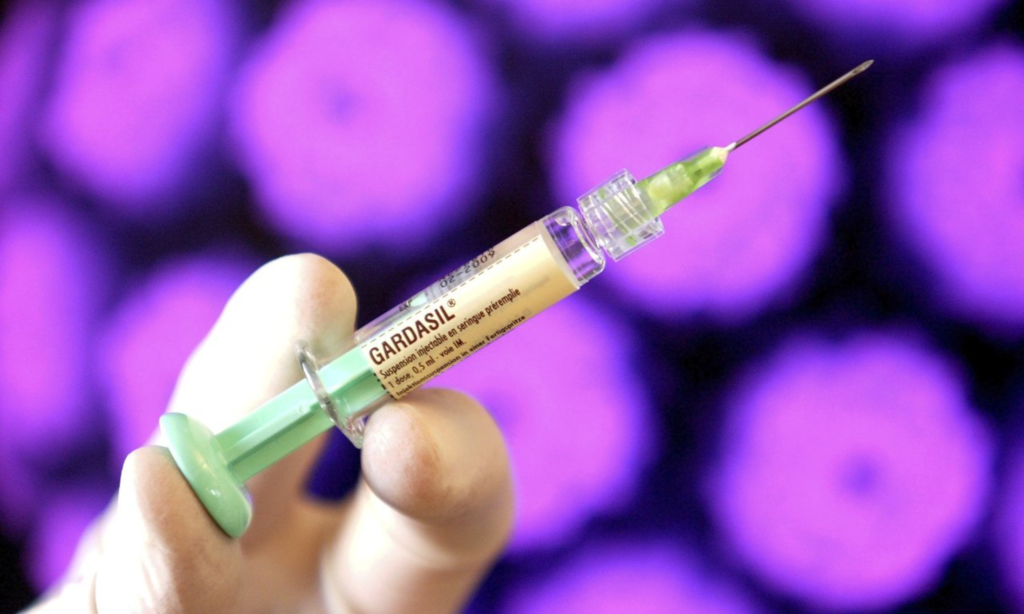 Thanks to an aggressive vaccination program, Australia is set to become the first nation to effectively wipe out cervical cancer:

Cervical cancer is set to become a rare disease in Australia within just two years and rendered so uncommon by 2028 it will be deemed eliminated as a public health problem for the first time anywhere in the world.

The new forecast has been detailed in research in the Lancet Public Health Journal, which found that although global deaths from the disease still exceed 310,000 each year, Australia is heading towards a scenario where cervical cancer would be almost unheard of.

The positive prediction has been largely credited to the introduction a decade ago of the world-leading national human papillomavirus (HPV) vaccination program for schoolchildren, but key changes began in 1991 with the beginning of the country’s pap smear program.

In the decades afterwards, cervical cancer rates in women dropped about 50 per cent, as abnormalities were identified before they developed.

The incidence of cervical cancer in Australia now stands at seven cases per 100,000, about half the global average.

Now research from Cancer Council NSW argues the most dramatic improvements are still to come, as the first recipients of the early HPV vaccination program begin to reach their mid thirties.

In just two years, cervical cancer could be officially considered a rare cancer in Australia, with six new cases per 100,000 women annually.

If current practices continue, the disease will be all but eradicated by 2066, when there will be about one case per 100,000. By 2100 there would be just three deaths per million women (compared to 21 deaths per million, or about 260 deaths each year today).

Professor Ian Frazer, the co-inventor of the technology behind the HPV vaccine, said he expected that in time cervical cancer would be completely eliminated from Australia and the world.

“Because this human papillomavirus only infects humans and the vaccine program prevents the spread of the virus, eventually we’ll get rid of it, like we did with smallpox,” Professor Frazer said.

“It’s not going to happen in my lifetime, but it could happen in the lifetime of my kids if they go about it the right way.”

One of the biggest reasons for this appears to be an aggressive vaccination program that the Australian government has undertaken ever since the vaccine became widely available and certified for use. Beginning in 20o7, for example, the government began offering a free vaccination program for girls between the age of 12 and 13, and expanded the program to boys in 2013. While the leading edge of the recipients of that program are still just beginning to enter their 20s, it seems apparent that this, along with people who have gotten the vaccine later in life, is a substantial part of the reason for what clearly seems to be the fact that Australia is on the glide path toward effective eradication of the Human Papilloma Virus, which has been documented to be the cause of 90% of cervical cancers and which has also been linked to certain forms of oral and other cancers in men. While this is not 100% of the reason behind this cancer, it is close enough to make sure that kids get the vaccine before they become sexually active seem axiomatic.

Here in the United States, of course, the issues surrounding the HPV vaccine have been more complicated. Many parents appear to be reluctant to get the shot for their pre-teen children because they fear that it is sending the signal of condoning sexual activity at a young age even though teenagers hardly need the availability of a vaccine to make them experiment with sex even when they are obviously too young about it. Additionally, the issue of government being involved in a vaccination program for HPV is one that has faced objection from religious conservatives for basically the same reason.

This issue got national attention during the race for the 2012 Republican Presidential nomination. Five years earlier in 2007, former Texas Governor Rick Perry signed an Executive Order that mandated that all girls in the state get the HPV vaccine before entering the sixth grade. While the program did offer some exemptions if parents objected, social conservatives were not pleased with the order because they claimed it would promote sexual activity at any early age. The program went into effect in 2008, but was overridden by Perry’s by the Texas Legislature less than a year after he signed it, a measure which Perry allowed to become law rather than exercising a veto, and the issue was basically forgotten. When he became a candidate for President in 2011, though, Perry came under attack for his decision to sign the Executive Order from several of his fellow Republican candidates such as Michele Bachmann as well as other conservatives such as Sarah Palin. Ultimately, Perry issued a mea culpa regarding his initial Executive Order, but that still leaves the issue of the HPV vaccine itself hanging out there,

It’s unclear from the news reports if the Australian program is mandatory, although this website run by the national government appears to suggest that it is not. Instead, it appears that the government has relied on a strong public education program much like the one implemented in New Hampshire around the same time that former Governor Perry issued his Executive Order. In Australia, the result of the education campaign is that 79% of girls aged 15 have received the vaccine and 73% of boys have received the vaccine as well. In New Hampshire, the rate is 69.9% according to the most recently available information, one of the highest HPV vaccination rates in the country. All of this is good news, of course, and suggests that wider adoption of these kinds of public education campaigns, directed at both parents and young teens, would go a long way toward helping to substantially reduce, and hopefully one day eliminate, cervical cancer from the face of the planet.