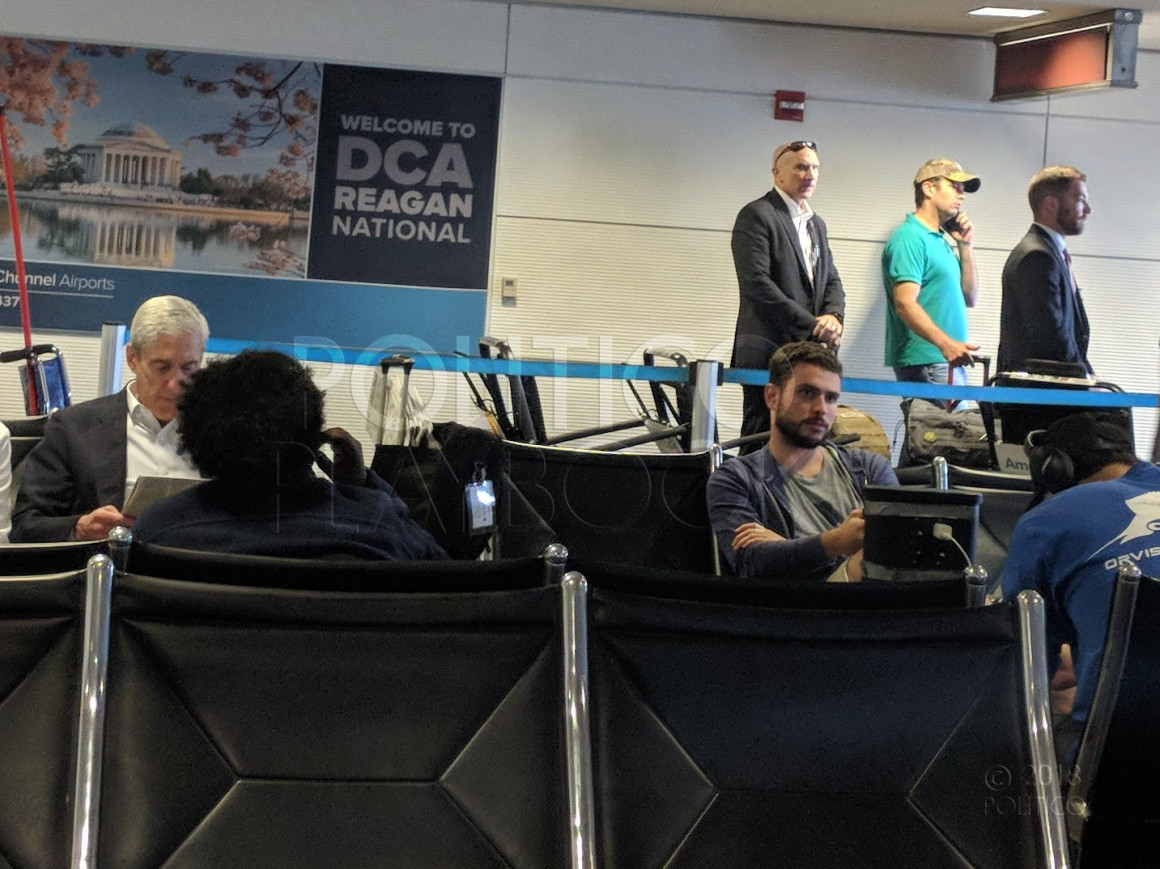 Via Politico’s Playbook we have an airport encounter that likely could only happen in Washington:

Special counsel Robert Muellerand Donald Trump Jr. were spotted both waiting for their flights this morning at the 35X gate at DCA.

Mueller is the guy with gray hair sitting down, Donald Jr. is the guy in line in the baseball cap. No word on whether they were on separate flights or the same flight.