Ban On American Adoptions In Russia Signed Into Law

As expected, President Vladimir Putin has signed into a law a bill that bars adoptions of Russian orphans by American citizens:

MOSCOW — President Vladimir V. Putin signed a bill on Friday that bans the adoption of Russian children by American citizens, dealing a serious blow to an already strained diplomatic relationship. But for hundreds of Americans enmeshed in the costly, complicated adoption process, the impact was deeply personal.

“I’m a little numb,” said Maria Drewinsky, a massage therapist from Sea Cliff, N.Y., who was in the final stages of adopting a 5-year-old boy named Alyosha. Both she and her husband have flown twice to visit him, and they speak to him weekly on the telephone. “We have clothes and a bedroom all set up for him, and we talk about him all the time as our son.”

But the couple fear that Alyosha may never get to New York. The ban is part of a bill retaliating against a new American law aimed at punishing human rights abuses in Russia.

The law calls for the ban to be put in force on Tuesday, and it stands to upend the plans of many American families in the final stages of adopting in Russia. Already, it has added wrenching emotional tumult to a process that can cost $50,000 or more, requires repeated trips overseas, and typically entails lengthy and maddening encounters with bureaucracy. The ban will apparently also nullify an agreement on adoptions between Russia and the United States that was ratified this year and went into effect on Nov. 1.

The bill was approved unanimously by the Federation Council, the upper chamber of Parliament, on Wednesday, and on Thursday, Mr. Putin said he would sign it as well as a resolution also adopted Wednesday that calls for improvements in Russia’s child welfare system. “I intend to sign the law,” Mr. Putin said Thursday, “as well as a presidential decree changing the procedure of helping orphaned children, children left without parental care, and especially children who are in a disadvantageous situation due to their health problems.”

Mr. Putin also brushed aside criticism that the law would deny some Russian orphans the chance for a much better life in the United States. In 2011, about 1,000 Russian children were adopted by Americans, more than any other foreign country, but still a tiny number given that nearly 120,000 children in Russia are eligible for adoption.

“There are probably many places in the world where living standards are better than ours,” Mr. Putin said. “So what? Shall we send all children there, or move there ourselves?”

United States officials have strongly criticized the measure and have urged the Russian government not to entangle orphaned children in politics. “We have repeatedly made clear, both in private and in public, our deep concerns about the bill passed by the Russian Parliament,” a State Department spokesman, Patrick Ventrell, said Thursday.

As I noted in my original post on this topic a few days ago, it strikes me that the only thing that this rather obvious appeal to Russian nationalism accomplishes is to hurt the orphans in Russia who won’t be adopted because of the ban and, of course, the families here in the United States who were already in the process of adopting. This isn’t the first time since the collapse of the Soviet Union that Russia has imposed a ban like this. In those previous cases, the laws ended up getting repealed in a few months time. For the sake of the children involved, one can only hope that the same thing happens this time. 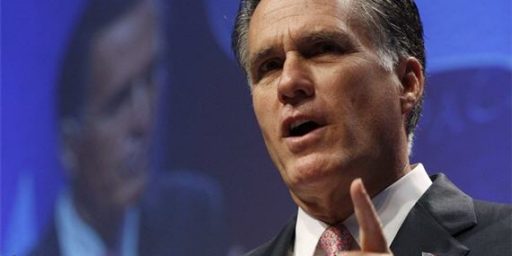 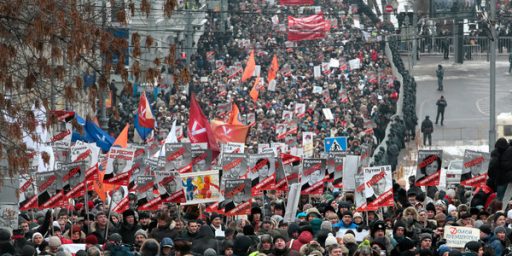