This is a pretty sad indication that the anti-Muslim bigotry on the right has resonated with a distressingly large number of people: 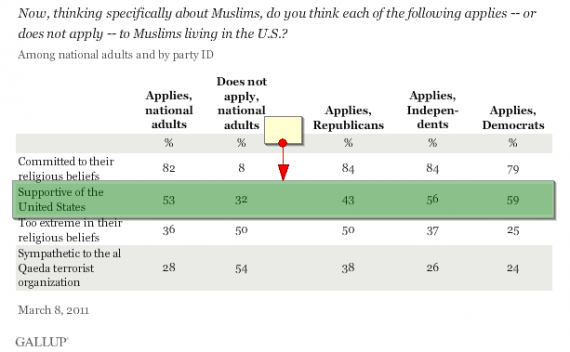