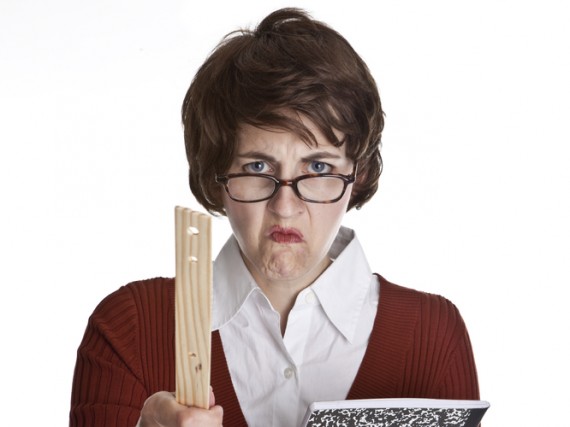 The Wonkblog headline “Teach for America teachers aren’t any better than other teachers when it comes to kids’ test scores” buries the lede.

A new study comparing test scores among elementary school students who had Teach for America instructors and who had other teachers finds it’s a wash.

The leaders of the controversial organization, which recruits graduates of selective universities and places them in classrooms after only several weeks of training, are pleased with the results. Chief executive officers Elisa Villanueva Beard and Matthew Kramer write online that the other teachers had an average of 13.6 years of experience, compared to only 1.7 years among the Teach for America group.

That smart, motivated folks with a crash course in pedagogy are as effective as seasoned teachers with four-year Education degrees (indeed, many would have advanced degrees) is rather damning of the traditional method of selection and preparation. Indeed, Max Ehrenfreund, the author of the piece, acknowledges this beginning in the third paragraph:

Teach for America was established on the premise that highly qualified young people could do as well or better than experienced educators in the nation’s most disadvantaged schools after only minimal training. While the organization has recently lengthened its training schedule and begun recruiting older people to teach as well, the results are arguably another vindication of Teach for America’s model. The group has become a focal point in the larger debate over whether the existing system of education colleges and certifications are doing enough to meaningfully prepare teachers for the classroom.

It’s a longstanding debate. While the requirements vary considerably from state to state, Education majors tend to be among the weakest on campus, as evidenced by standardized test scores and performance in core curricula. Here, though, Ehrenfreund mixes apples and oranges:

On the other hand, the fact that Teach for America’s teachers did no better than their more experienced colleagues in this latest study points to how difficult it is to improve students’ test scores by improving the quality of instruction. Other research has found that while a year spent in a gifted educator’s classroom can have a profound effect on a child’s career prospects, identifying those talented people is hard.

That should be a non sequitur. Teach For America novices shouldn’t stand out as “gifted educators” in a field of veteran teachers. That they do is a damning indictment of the latter.

The piece does got to some of the problems.

Teach for America’s teachers were also much less likely to say they felt prepared for their first job and less likely to describe their training as useful in response to a survey.

And the Teach for America staff were less satisfied with their work in a number of ways. They were less likely to say that they felt camaraderie with their colleagues, and they rated the administrations of their schools and the professional caliber of the other staff less favorably. They were more likely to say that their work did not offer prestige, an intellectual challenge or opportunities for advancement. An overwhelming majority said they planned not to continue in teaching for their entire careers, compared to just a quarter of the regular staff.

Teachers in both groups did give similar responses when asked whether they felt they had a chance to help students succeed, both in and out of school, and whether they thought the job was personally fulfilling. Broadly speaking, though, the dissatisfaction in the Teach for America corps points to the difficulty of attracting well qualified, ambitious young people to an occupation with limited pay and professional autonomy.

I’ve been arguing for close to twenty years now that it’s shocking that we get as many talented people teaching in our primary and secondary schools as we do. The schools of Education not only have a poor academic reputation but emphasize rote memorization and conformity to the orthodoxy; that’s not a recipe for attracting our brightest minds. Those traditions are carried on in the workplace as well, so the most creative, innovative personalities are driven out. Those who persist despite all that are alienated from their colleagues.

The pay, frankly, isn’t the main issue. While teacher pay was horrendous thirty years ago, a vestige of the fact that it had long been a field dominated by women (who were presumed to either be in it only long enough to find a husband or to have a husband as the primary breadwinner), it’s quite competitive now* and still has the lure of reasonable hours, substantial vacation time, and extremely good job security and retirement benefits. The lack of autonomy is a real issue, though, in attracting and retaining talent.

My perception is based on my home state of Alabama, where I graduated high school, completed all three degrees, and taught college. There, there has indeed been a significant real increase in teacher salaries over the years since I was in high school. In other states, such as Alaska, there has been a marked decline in real dollars.