Senator Bernie Sanders announced last week that he was running for President, but it turns out he’s not the only one in the family with a taste for electoral politics. His older brother is running for a seat in the British Parliament in this week’s elections:

Senator Bernie Sanders of Vermont promised to fight for the middle class, to challenge Hillary Rodham Clinton, and to push back against the influence of the Koch brothers in announcing his long-shot bid for president last week.

But in a lighter moment, Mr. Sanders offered some warm wishes to another politician in the family – his older brother Larry.

“We didn’t have a lot of books in the house and it was my brother who introduced me to a lot of my ideas,” Mr. Sanders, 73, said at his press conference. “I hope my brother does very well in his race for parliament in the U.K.”

Larry Sanders, 80, will know his fate at the polls much sooner. He represents the Green party in Oxfordshire in Thursday’s general election for Parliament. As with the senator, his chances of victory in the British elections are slim.

“I’m not likely to win,” Larry said in a telephone interview from his home in Oxford.

In the last election, the Green party won just 2 percent of the vote. Garnering 10 percent this time would be a success, he said.

Larry Sanders, who holds dual citizenship, moved to Britain in 1969 after marrying an English woman. A retired social worker who studied at Harvard and Oxford, he is against the privatization of the Britain’s national health program and he wants to the government to build hundreds of thousands of subsidized homes for the poor.

The constituency that Sanders is running in, Oxford West and Abindgon, has been traded back and forth between the Tories and the Liberal Democrats since it was first created in 1983. Presently, it is represented by Nicola Blackwood, a Conservative who was first elected in 2010 and appears to be well-positioned to be returned to office. As for Sanders, the last Green Party candidate who ran in this constituency received 1,184 votes, so he’s as much of an underdog as his brother. 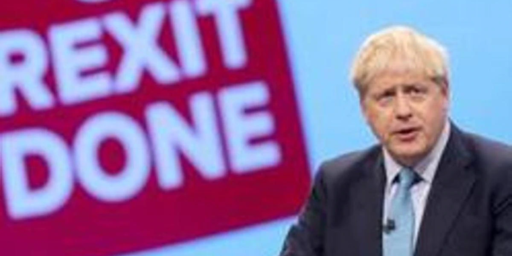 U.K. And E.U. Reach New Brexit Deal, But Will It Pass Parliament.