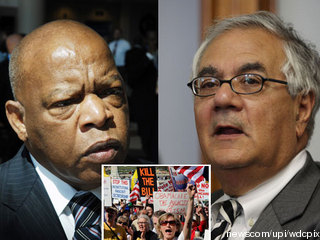 A few days ago, the New York Times quietly appended an important correction to a story purporting to explain, more in sorrow than anger, that Tea Party racism* makes sense in context since so many of its members are just ignorant Southerners born into segregation. The correction finally acknowledges that “there is no evidence” that Tea Partiers hurled racial epithets at Congressional Black Caucus members.

Sadly, the correction doesn’t just leave it at that. It goes out of its way to try downplaying its own significance by asserting, also without evidence, that “Tea Party supporters have been connected to a number of such statements.” But that aside cannot detract from the importance of the admission: For the first time, the “paper of record” has openly admitted that, despite the scores of cameras present (not to mention a certain gadfly’s $100,000 reward offer), there’s not one shred of proof to support Rep. John Lewis’ claims.

* Endemic Tea Party racism has been an article of faith amongst “progressives” more interested in the power of that word to marginalize disagreement than truth since the very beginning. When they’re not chortling over crude sexual nicknames, they’re gleefully posting the same handful of pictures of the same handful of signs carefully selected from the tens of thousands brought to rallies nationwide. One day, perhaps, they’ll stop pretending they don’t already know Dale Robertson was thrown out of a Houston Tea Party rally for the truly offensive sign he was sporting. That would be a helpful step down the road to actually engaging on the issues — and to putting a stop to the despicable abuse of the word “racist” to shout down dissent. 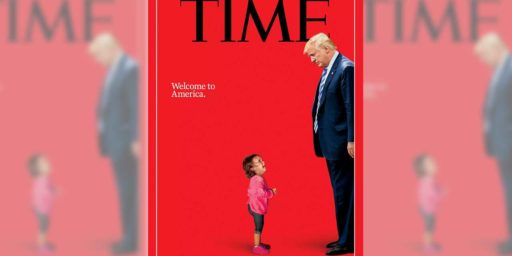