Max Jacobs points out that John Kerry is, statistically, to the left of Teddy Kennedy which begs the question, “[W]hat kind of party has the Democratic party become where Kerry is considered to be a relatively moderate candidate and electable?”

Well, Kerry might be liberal but he’s at least not insane. When was the last time, for example, he listed a number of states and then yelled, “Yeeeeeeeeeeeeyaaaaaaaaaaaaaaah!”

Although he really should stop posing for pictures like this: 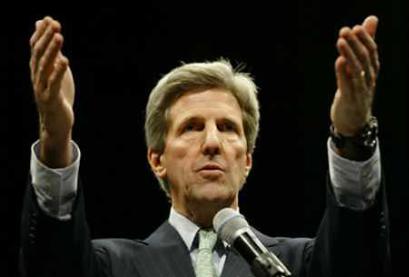