London's iconic clock tower, known affectionately as "Big Ben" for some 150 years, has been renamed "Elizabeth Tower" in honor of QE2's 60 years as royal figurehead. 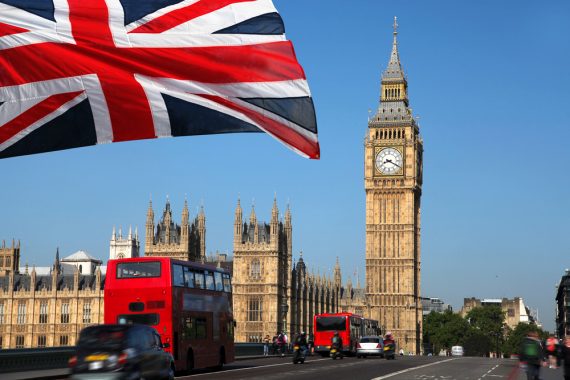 London’s iconic clock tower, known affectionately as “Big Ben” for some 150 years, has been renamed “Elizabeth Tower” in honor of QE2’s 60 years as royal figurehead.

It’s one of the most famous names in the world, up there with the Eiffel Tower and Statue of Liberty – but now London’s Big Ben clock tower is to be renamed Elizabeth Tower to mark the queen’s 60th year on the British throne.

The landmark, part of Britain’s Houses of Parliament, is officially called the Clock Tower but is commonly known as Big Ben, the name of the giant bell in the tower that chimes the famous bongs in the capital.

Prime Minister David Cameron welcomed the name change. “The renaming of the Clock Tower to the Elizabeth Tower is a fitting recognition of the Queen’s 60 years of service. This is an exceptional tribute to an exceptional monarch,” he said.

Reactions among the public were mixed, however. “Big Ben is so old and iconic, what is the sense in changing its name? All over the world people won’t understand what the Elizabeth Tower is,” said Romanian tourist Mara Ciortescu.

While America doesn’t have royalty, we name all manner of things after politicians big and small. There’s hardly a road or public building in West Virginia not named after Robert Byrd and  two major airports are named after US presidents who served during my adult life, DC’s Ronald Reagan National and Houston’s George Bush Intercontinental–another is named after John F. Kennedy, whose tenure was cut short two years before I was born. Not only has QE2 been in office longer than Byrd served in the House and Senate combined–and he’s the record holder–but she’s been on the throne since eight years before Kennedy was elected president.

Still, we tend not to rename globally recognized landmarks. Naming “National Airport” as “Ronald Reagan National Airport” is one thing; renaming the Statue of Liberty as Abraham Lincoln Liberty Monument or the Grand Canyon as Bill Clinton’s Big Ass Ditch would go over less well.