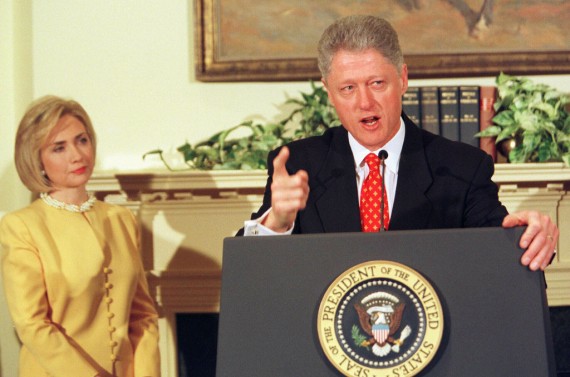 As with many things involving the 39th 42nd President, this story just writes itself:

Former President Clinton has sent out a fundraising letter on behalf of the Democratic Senatorial Campaign Committee under his own name warning that Republicans are trying to “derail’ President Obama’s agenda.

Not much unexpected there.

But along with the letter, Clinton has included a flyer from the DSCC that’s bound to raise eyebrows.

“DSCC funds go towards efforts to unseat far-right Republican senators like admitted sinner David Vitter…” the flyer says, referring to the Louisiana senator who admitted patronizing a prostitution service when he was in the House.