As everyone knows by now, Bill Kristol’s last NYT column appeared yesterday. Aside from the italicized footer “This is William Kristol’s last column,” it was unremarkable.  Which, most observers on the Left and Right seem to agree, was something it had in common with most of Kristol’s NYT columns and largely explains why the one year experiment was not continued.

There are some dissenters, with Noel Sheppard and Ace contending that Kristol was fired for having the temerity to criticize the NYT.  The latter points out that, while Kristol is being criticized for factual errors, “barely a Paul Krugman column goes by without a large error — and some of these are even noted by the Times’ Ombudsman.”   Then again, “no worse than Krugman” is hardly a banner one wants to fight under.

More interesting than Kristol’s departure — no worries, he still keeps his gig as editor of The Weekly Standard and as a permanent fixture on Fox News, so he’ll be able to feed his family — is the speculation on who might replace him as the NYT House Conservative.

Radley Balko writes,  “You know what would be great? If the Times could find a genuine advocate of limited government (or at least a bona-fide civil libertarian) to take Kristol’s place.”   The links provide subtle endorsements of Jacob Sullum, David Boaz, Dave Kopel, Gene Healy, and Nat Hentoff.

Kevin Drum suggests, “It shouldn’t be a “liberal’s conservative,” it should be a genuine, dedicated, smart, reality-grounded, conservative’s conservative — someone who will drive liberals crazy. Who best fits that bill?”

Michael Tomasky offers some interesting musings ranging from David Frum to Chris Caldwell to Ross Douthat to Reihan Salam to Tyler Cowen to Kathleen Parker.    In another post, he suggests Peggy Noonan, Karl Rove, and Christopher Buckley.  His bottom line strikes me as inarguable:

One intrepid commenter even nominates yours truly. Twice. While I appreciate the consideration, I’m rather sure I won’t be on the list of finalists.

Patrick Ruffini nominates Rush Limbaugh, prompting Daniel Larison to note that he’s “not a writer by trade or by training.”

If the problem with many of Kristol’s columns was the feeling that he was phoning it in, what are the odds that a radio host whose public persona is built to a large extent on mocking establishment media outlets would take the job more seriously? Were it offered to him, his audience would probably accuse him of “selling out” if he took such a position. He has no incentive to do it, and the last thing conservatives need at the moment is to have Limbaugh take an even more prominent place as one of their major spokesmen. There are no doubt many mainstream conservative syndicated columnists who should be considered, as these are people who already write columns professionally, have a well-established readership and frankly have better instincts for what most other mainstream conservatives want to read than various heterodox alternatives do. If the NYT’s goal was to expand its circulation and increase traffic on its site, while also regularly providing a conservative perspective on its op-ed page, it would look at columnists already familiar and acceptable to the broader conservative movement. If the goal is to find a more “safe” conservative writer who will not antagonize regular subscribers and readers, their options are very limited these days.

I think that’s right.  Matt Yglesias is also onto something when he writes,

The goal in finding a conservative writer should be to find a writer who’s not a liberal but who liberals enjoy reading. That doesn’t need to be columns that make liberals feel good about themselves (e.g., conservatives writing about how brain-dead the GOP is, etc.) but it needs to be columns that liberals find not maddening but challenging. When I read Tyler Cowen’s skeptical notes on the stimulus, for example, I don’t become infuriated, I become better-informed about the issue. At his best, this is what David Brooks contributes on that page—he’s raised issues about public choice and so forth that liberals tend to neglect but that are genuinely important.

That’s the standard you should be reaching for, though, people who can take on strong liberal arguments and raise strong doubts about them.

That’s why I read Yglesias, Drum, Tomasky, Ezra Klein, and others.  It’s a good standard, I think, for judging opinion journalists.

I would also add to the criteria that it be someone with a track record in blogging or other rapid-response commentary, as that’s the wave of the future for punditry.  And, frankly, it would be good if it were someone who hasn’t already been a TV talking head for years.  Why not someone who has some ideas that will actually surprise people?

Larison would be an excellent choice as would Douthat, Salam, or Cowen.  There are probably a dozen others who meet the standards outlined above.

If I were at the Times, I would hire five columnists instead of one — paying them very little, because hey, they’re getting terrific exposure — and promise them that their columns would be posted on the Times website and then considered for inclusion in the paper version. I would then pick the best column written that week for inclusion in the paper version. Over time, a great columnist might emerge from the pack. And even if no great columnist emerges, at least you would avoid the problem of columnists who have the gig and are just coasting.

That would actually work. 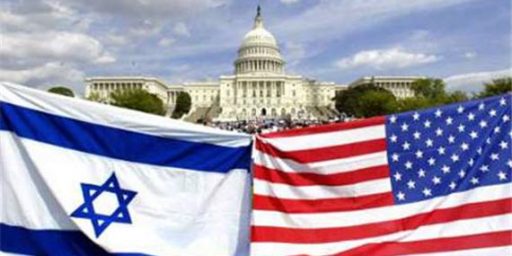 Poisoning The Well on Israel