Chris Bowers looks at various indicators and concludes that New Mexico Governor Bill Richardson “might be slowly migrating out of the so-called ‘second tier.'”

Slowly, indeed. (It’s a good thing he can migrate, though, as there’s no way a swallow could carry him. It’s a simple question of weight ratios.) Still, the Democratic field is too crowded with Senators. At some point, a governor will likely emerge as a major contender. Given the lack of competition in that category, it may well be Richardson.

It’s the Little Things Can Kill You (Bill Richardson Edition) 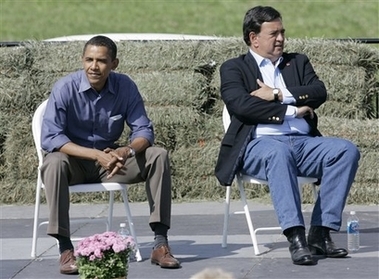