Brought to you by Google Earth.

Those among you who like your skies darkened by black helicopters are invited to mosey on down to the remote Chinese village of Huangyangtan which hosts what must be the strangest military installation ever spotted by the Google Earth Community … Zooming in for a closer look, we have what appears to be a 900x700m scale model of a mountainous landscape […] complete with lakes, valleys and snow-capped peaks. 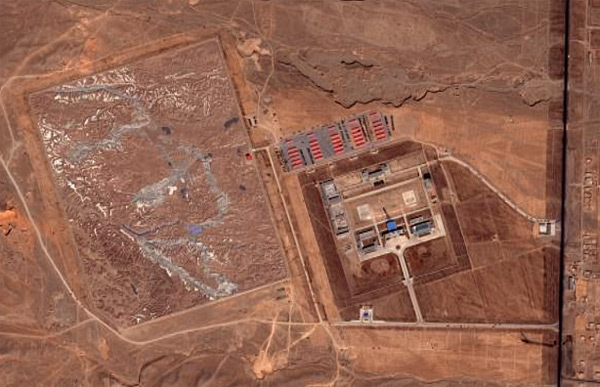