Does anybody here know anything about slide or film scanners or 8mm conversion?

I don’t exploit my associate status at OTB very often and I trust that James will forgive me if I do so now. What’s the use of a nice, high platform if you can’t ask a question from it now and again?

As a consequence of my mom’s death late last year I’ve become the custodian of a vast number of slides, lots of photographic negatives, and boxes of 8mm home movies. My dad was a talented amateur photographer, did his own developing, and experimented with color starting in the 1940s. Some of his color slides of Mexico in the 1940s are certainly interesting and might even have some significance (other than to me, I mean).

Does anybody have any experience with slide or film scanners? I’ve got a good flatbed scanner with slide and film adapters but scanning the volume of material I’m dealing with using a flatbed scanner is pretty daunting. I’d appreciate suggestions in the comments.

Slide and film scanners seem to have become scarce in recent years. I’ve got my eye on some scanners in the Rollei line but they don’t seem to be sold in the United States. Can anyone recommend a reliable source for them?

Finally, I’d like to convert our 8mm home movies to DVD. I’ve got film going back to the 1940s through the late 60s. It’s actually in pretty good condition considering its age but, obviously, when dealing with film of that age, it’s a job for professionals. Does anybody have recommendations on a service that would be capable of dealing with film of this vintage? 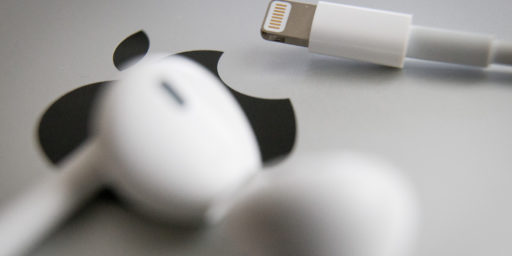 Apple Saving the Environment by Being Cheap