Some Democrats who support ending the Bush tax cuts for high earners want to exempt their own rich constituents. 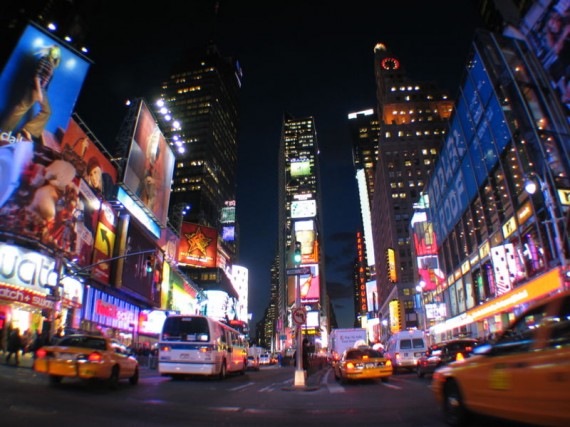 The WSJ editorial board has stoked some flames with “The Blue State Blues – Taxing the rich, except in my district.”  They note that, while Democrats want to repeal the Bush tax cuts, at least on higher earners, some want to exempt their own constituents.

New York Representative Jerrold Nadler, who wants to exempt his own six-figure constituents from the tax hike he supports. Mr. Nadler’s bill would “require the IRS to adjust tax brackets proportionally in regions where the average cost of living is higher than the national average.”

In other words, the various tax brackets would apply to residents in certain regions at higher income levels versus other parts of the country. A family with an income of $50,000 or even $1 million in Manhattan would pay less federal income tax than a family with the same earnings in Omaha. The bill is called the Tax Equity Act, but a more accurate title would be the Blue State Tax Preference Act.

“The basic costs of life in the New York region are much steeper than in most parts the country,” says Mr. Nadler. “The reality is that a dollar in New York isn’t worth nearly as much as a dollar in Spokane or Knoxville or Topeka. It’s time for our tax code to take reality into account when assessing someone’s tax liability.”

That point about “reality” and the tax code could certainly use some fleshing out, but leave that aside. A big reason the cost of living is so high in Boston, Manhattan and San Francisco is because of high state and local taxes, union work rules, and heavy business regulation that make it more expensive to produce, sell and buy things.

Why should someone in Spokane or Knoxville or Topeka be penalized because New York and California impose destructive policies? Mr. Nadler also conveniently forgets that the federal tax code already subsidizes high-cost states through the deductibility of state and local income and property taxes.

An all-star line-up of liberal class warriors has nonetheless endorsed Mr. Nadler’s effort to raise taxes on the rich everywhere but in their own districts. New York House Members Tim Bishop, Steve Israel, Nita Lowey, Carolyn Maloney and Carolyn McCarthy are cosponsors. Ms. Lowey, who has voted to tax anything that moves, now says that “When it comes to the tax code, one size just doesn’t fit all” and laments that New York has “some of the highest property taxes in the country.” But whose fault is that?

So welcome to the brave new world of “tax equity.” If you live in a state that voted for Barack Obama, you get a tax cut.

That’s a great line.    And, overall, the editorialists have a point.   You can’t simultaneously argue that those who earn over $100,000 are “rich” and argue that it depends on where you live.    And there’s no doubt that the policies pursued in blue states and major urban centers contribute to the high cost of living.

On the other hand, Nadler is of course right that it’s more expensive to live in Manhattan than in Topeka. And it’s not just because of high taxes and regulation but because of the laws of supply and demand.   A lot of people want to live in Manhattan, close to its jobs, restaurants, culture, nightlife, and whatnot, and it’s very small.  So, a 600 square foot loft goes for more than a three bedroom house out in the middle of nowhere.

Should government policy reflect this fact?   It already does.  For example, federal employees living in high cost of living areas get paid a substantial bonus to offset these costs.   And, as noted in the editorial, they also get the tax write-offs for certain things that are subsidized in our system.

Furthermore, the fact of the matter is that, generally speaking, the blue states and the big cities subsidize the red states and the rural areas, not vice versa.  It’s been that way for as long as I can remember.

If we’re going to have an income tax — and we are — and it’s going to be graduated by income — and it is — then it probably makes some sense to include some sort of regional adjustment.  (Full disclosure: I’d personally benefit from doing this, living as I do in the DC suburbs.)

Realistically, though, it’s not going to happen.

First, the plight of high earners living in expensive cities does not tug at the hearts and souls of most Americans. You’d just never get anything like this through the House, much less the Senate.

Second, high earners living in expensive cities is an almost perfect overlap with high earners.  Aside from the odd Warren Buffett and Sam Walton, the money congregates around big cities.  Indeed, it’s almost definitionally true since low earners can’t afford to live there.