Our political scene has changed drastically since Bob Kerrey was last in the Senate. 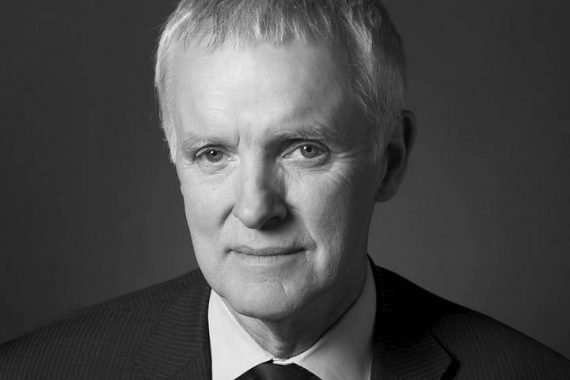 Politico’s David Catanese reflects on how much our political scene has changed since Bob Kerrey was last in the Senate.

Bob Kerrey took a lonely position against banning gay marriage in the 1990s. He opposed a ban on flag desecration, voted against welfare reform and ran up high Americans for Democratic Action scores while serving as the senator from one of the most conservative states in the nation. But when he announced his plans to run for his old Senate seat earlier this week, it was greeted with boos, hisses and expletives from the left.

Welcome back to Washington, senator.

While the Democratic establishment in D.C. is thrilled by his prospective return — the former two-term senator, after all, gives the party a shot at winning a Nebraska seat that was considered all but lost to the party — progressives responded to the news by sharpening their knives.

In the liberal blogosphere, the most energetic quarter of the party, Kerrey’s comeback bid was lambasted as the return of yet another mushy moderate. The online left says it won’t lift a finger for him — and in some cases, it’s even rooting against Kerrey.

It’s a reaction that’s emblematic of the new normal in Washington, a place where there’s no room for committed centrists like Maine GOP Sen. Olympia Snowe, who announced Tuesday she’ll retire after three terms — and perhaps even for members with a record of orbiting the center, such as Kerrey.

“I hope he gets carpet bombed. The more Republicans spend in Nebraska, the less they’ll have to go after Democratic Senate candidates who actually act like Democrats,” said Markos Moulitsas, the founder of the influential blog Daily Kos. “And if it turns out he needs the help, then too bad. F—- him.”

The political world Kerrey is returning to after a decade out of politics looks nothing like the one he left in 2001, when he declined to run for a third term. For starters, there was no such thing as Daily Kos back then. Howard Dean was still a largely unknown Vermont governor. George W. Bush was beginning his first term as president. Barack Obama was an Illinois state senator.

At the time Kerrey stepped down, his frankness and willingness to buck both his party and his conservative constituents was much lauded. Now, upon his return to the political arena, the man who once led the party’s efforts to elect Democratic senators is viewed in some quarters as something close to an apostate for his habit of questioning entitlements, his support for the invasion of Iraq and other departures from party orthodoxy.

The Progressive Change Campaign Committee, a leading booster of liberal candidates and causes, waited just two hours after Kerrey’s announcement this week before slicing up his record and seeking to advance the interests of his nominal primary opponent. “Before leaving Nebraska, Bob Kerrey voted to deregulate Wall Street, voted for NAFTA, and voted for the Iraq war. Since leaving Nebraska, he’s supported cutting Social Security benefits, raising the retirement age, and lowering corporate tax rates. Kerrey will clearly not be a priority for those looking to support populist candidates in 2012 — and Chuck Hassebrook will likely get a lot of attention,” said PCCC co-founder Adam Green.

Democracy for America, Howard Dean’s Vermont-based political action committee, also indicated that Kerrey can’t count on their blessing in his attempt to replace conservative Democratic Sen. Ben Nelson, who is retiring. “We aren’t looking for anyone to replicate Ben Nelson in Nebraska,” said DFA spokeswoman Levana Layendecker. “We’re not interested in supporting Democrats who we can’t count on to support us on the issues we care about like health care and protecting Social Security.”

Moulitsas explained the view of Kerrey from the Netroots perspective: the ex-senator is a Democrat in the mold of Sen. Joe Lieberman, the Connecticut centrist who is loathed by online progressives. ”Bob Kerrey equals Joe Lieberman in our minds,” he said. “I can pretty much guarantee that Kerrey won’t get any significant small dollar money outside of Nebraska.”

This is just insane. And the Democrats are reasonable on this score compared to the Republicans, where the likes of Jon Huntsman–a popular two-term governor of the most conservative state in the Union–can be not only the most liberal candidate in a huge presidential field but widely excoriated at a Republican In Name Only.

I can at least understand the enmity against a Joe Lieberman or a pre-2008 John McCain, who seemed to go out of their way to go against their party on signature issues, reveling in the press attention it got them. But Kerrey was ahead of his own party on several key social issues. How anyone outside the radical fringe of the Democratic Party would view him as anything but a solid Democrat is beyond me.

While I’d obviously prefer a Republican equivalent–a Chuck Hagel type–win that seat, the country could do a hell of a lot worse than another term for Kerrey. As we’ve seen over the past several years, the Senate simply can’t function with nothing but radicals who vote in party line lockstep. The institution requires a critical mass of people of good will who will put the needs of the country above the needs of their party on critical issues.