Bob Dylan was on the pavement, thinking about the government. And they arrested him.

Rock legend Bob Dylan was treated like a complete unknown by police in a New Jersey shore community when a resident called to report someone wandering around the neighborhood.

Dylan was in Long Branch, about a two-hour drive south of New York City, on July 23 as part of a tour with Willie Nelson and John Mellencamp that was to play at a baseball stadium in nearby Lakewood.

A 24-year-old police officer apparently was unaware of who Dylan is and asked him for identification, Long Branch business administrator Howard Woolley said Friday. “I don’t think she was familiar with his entire body of work,” Woolley said.

The incident began at 5 p.m. when a resident said a man was wandering around a low-income, predominantly minority neighborhood several blocks from the oceanfront looking at houses. The police officer drove up to Dylan, who was wearing a blue jacket, and asked him his name. According to Woolley, the following exchange ensued:

“What is your name, sir?” the officer asked.

“OK, what are you doing here?” the officer asked.

“I’m on tour,” the singer replied.

A second officer, also in his 20s, responded to assist the first officer. He, too, apparently was unfamiliar with Dylan, Woolley said.

The officers asked Dylan for identification. The singer of such classics as “Like a Rolling Stone” and “Blowin’ in the Wind” said that he didn’t have any ID with him, that he was just walking around looking at houses to pass some time before that night’s show.

The officers asked Dylan, 68, to accompany them back to the Ocean Place Resort and Spa, where the performers were staying. Once there, tour staff vouched for Dylan.

The officers thanked him for his cooperation. “He couldn’t have been any nicer to them,” Woolley added.

Alex Knapp is less than pleased:

Look, someone calls in suspicious behavior and I understand the need to check it out. But an old man walking down the street isn’t “suspicious.” And there’s no law that says that a person has to have ID with them at all times, so I fail to see what justified the need to have two police officers detain somebody until someone could vouch for their identity.

I concur completely.  If it were, say, 2 a.m., Dylan’s actions might have been a bit more suspicious.  But late afternoon in broad daylight?

The Supreme Court has been very deferential to police on these matters.  In the landmark 1968 case Terry v. Ohio, the court held that “Where a reasonably prudent officer is warranted in the circumstances of a given case in believing that his safety or that of others is endangered, he may make a reasonable search for weapons of the person believed by him to be armed and dangerous regardless of whether he has probable cause to arrest that individual for crime or the absolute certainty that the individual is armed.” The so-called Terry Stop doctrine has expanded over the years to the point where, arguably, Americans have little in the way of 4th Amendment rights outside their homes because policemen simply claim that they feared for their safety and judges are, not surprisingly, loathe to overrule them.

The most recent case of which I’m aware that applies here is Hiibel v. 6th Judicial Circuit of Nevada (2004), in which the Supremes upheld the arrest of a man for “refusing to identify himself to a police officer during an investigative stop involving a reported assault” in violation of Nevada’s “stop and identify” statute.   The Court did not rule on whether an ID requirement would be unreasonable; Justice Kennedy’s majority opinion did, however, note that “the Nevada Supreme Court has interpreted the instant statute to require only that a suspect disclose his name. It apparently does not require him to produce a driver’s license or any other document. If he chooses either to state his name or communicate it to the officer by other means, the statute is satisfied and no violation occurs.”

UPDATE: Several other accounts of the story make it clear that Dylan’s activities were indeed more suspicious than taking a walk in the broad daylight.   It was pouring rain and he had no umbrella or raincoat.  And he had wandered off of the sidewalks and was peering into the windows of a house that was for sale.  ABC’s Chris Francescani speculates that Dylan may have been looking for the house where Bruce Springsteen wrote “Born to Run;” it was only two blocks away.

Two other points.  Several commenters object to my use of the term “arrested” since Dylan apparently was not slapped in irons.  But when the police detain you and you are not free to leave, you are under arrest.  The Supreme Court says so.

Finally, who says that the police are only responsible for possible criminal activity?  Dylan may have been a confused old man who was having a mild stroke, or had slipped in the rain and hit his head, or was a hit-and-run victim – the non-criminal possibilities are endless.

But a brief conversation should have been able to ascertain that Dylan was not a danger to himself or others. Once that’s established, the police have done their jobs and should go.  It really doesn’t matter whether he’s really Bob Dylan at that point. 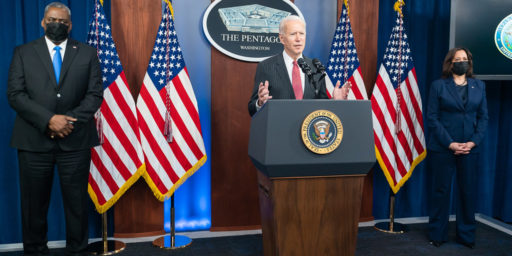 Has Woody Allen Been Smeared?