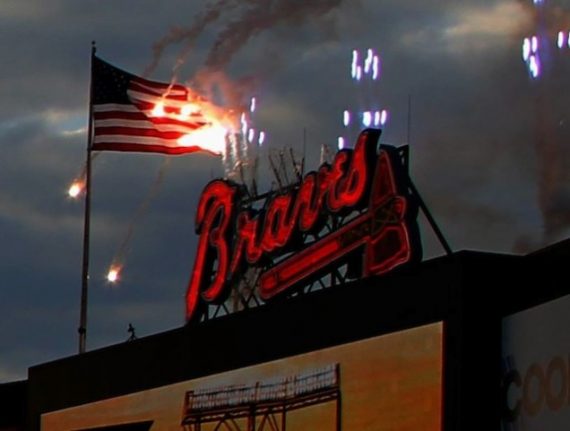 They’re saying it’s an accident but maybe there are still some left over bad feelings from that time William T. Sherman visited the capital of Georgia.