Is George Bush to blame for a weak Republican field almost four years after he left office? Not entirely.

CBS News is out with a poll this morning which says that, even at this point, a majority of Republicans surveyed want more choices in their Presidential field:

The nominating process may officially be underway, but Republicans have yet to enthusiastically embrace a potential nominee for president – and despite the late date, most would like to see other candidates enter the race, according to a new CBS News poll.

Mitt Romney, the frontrunner for the nomination, has struggled to break 30 percent support in state and local polls in an election cycle that has seen multiple candidates move ahead of Romney in the polls before seeing their support erode. In this national survey, taken after Romney’s narrow victory in the Iowa caucuses, the former Massachusetts governor leads the field – though he holds just 19 percent support. Only 28 percent of GOP primary voters say they’ve made up their mind, and just 20 percent who’ve made a choice strongly favor their candidate.

It’s mathematically possible for another candidate to enter the race as late as early February and still win enough delegates to take the nomination, though some deadlines for candidates to get on state ballots have already passed, including those in delegate-rich Virginia and Illinois. A late entry into the GOP race would come with potentially-overwhelming obstacles, including the need to instantly build a national campaign apparatus and do the hard work of getting on state ballots in an extremely compressed time period.

The list of prominent Republicans who have announced they would not seek the presidency this cycle include Chris Christie, Sarah Palin, Mitch Daniels, Paul Ryan and Haley Barbour.

Let’s get one thing out of the way first. Regardless of how one calculates the mathematics of the issue, there is no way that any more candidates are getting into the race at this point. The reasons for this have been discussed extensively by James Joyner and myself in previous posts, so I’ll just refer you to those. It may be fun for political reporters to speculate about how such a thing could possibly happen, but realistically it just isn’t absent something truly extraordinary, like one of the leading candidates suddenly being caught in a major scandal or dying. So, if you’re looking for that kind of scenario, go watch a West Wing rerun.

Nonetheless, the Republican candidates cannot seem to shake the impression that they are part of an extraordinarily weak field, and it’s kind of hard to argue that they aren’t. When was the last time five of the seven declared major candidates failed to qualify for the ballot in any state, never mind a major primary state like Virginia? When was the last time we saw a Republican race where so many different people rose and fell from the polls in such a short period of time? Maybe you can blame it on a selectorate that can’t make up their mind, but with so many potentially strong candidates sitting it out this year the idea that this is a weak field is pretty persuasive.

Over at The New Yorker, Ryan Lizza believes he’s found the primary culprit for the Republican Party’s troubles:

More than anyone else Bush is responsible for decimating the ranks of qualified Republicans who could take on Obama. A successful Presidency can produce a new crop of future Presidential candidates for the party that controls the White House. The vice president and cabinet officials, as well as governors and senators elected over the course of the administration, are historically major sources for a party’s next round of candidates. The Bush years had the opposite effect. It was unthinkable that his vice president would run for higher office and much of his cabinet left Washington tainted by the President’s unpopularity. Moreover, Bush helped sink his party in the 2006 and 2008 elections, thus depleting the ranks of potential Republican candidates for 2012.

The Republican Party rebounded in 2010, but it will take longer than two years for many Presidential-caliber candidates to emerge after the wreckage of the late Bush years.

I’m by no means a fan of George W. Bush, but I think Lizza is being at least a little harsh on the former President here. For one thing, it wasn’t his fault alone that Republicans lost control of Congress in 2006 and then lost more seats in 2008. Surely public disdain for the Iraq War played a role in the rejection of Republican candidates in both years, but there was more to it than that. Without question, the Republican Congress itself played a role in its downfall. Whatever credibility they had when they took over Congress in 1995, by 2006 the Republican leadership had pretty much decided their own fate. Not only had they fallen out of touch with the public in general, but they had mostly lost the Republican base itself thanks to a half decade of power in which they went along with President Bush’s plans to increase spending, fight two wars, and not raise taxes, a fiscal equation that quite simply cannot be balanced. By 2008, the economy had tanked and voters were just ready to continue cleaning house and hand even larger majorities to the Democrats. To the extent that the pool of possible Presidential candidates was decimated by the Congressional losses in 2006 and 2008, that’s the responsibility of both Bush and the Republicans in Congress, not just Bush himself.

Lizza is also mistaken when he looks to the cabinet and Congress as the pool from which potential Presidential candidates are drawn. At least for Republicans, it’s been more common that candidates for President come from the pool of Governors, or the Vice-Presidency.  Even if the Bush Administration’s approval ratings had not been in the tank from 2006 onward, there was never a chance that Dick Cheney was going to be a candidate for President. His health issues simply would not have allowed it. Perhaps one can blame Bush for not being more forward looking in selecting in running mate in 2000 by selecting someone who could potentially succeed him, but at the time Bush’s selection of Cheney seemed like a good idea and was generally very well received. Nobody knew at the time that we wouldn’t be getting the Dick Cheney who served as Defense Secretary in the first Bush Administration but rather some Machiavellian hybrid. So here too, I think Lizza gets it slightly wrong because Bush’s successor was never likely to come from the Cabinet or Congress anyway.

Lizza is correct in one respect, though. Thanks mostly to his own incompetence and bad decision making when it came to issues like Iraq, but also due to the fact that he presided over the biggest financial crisis since the Great Depression, George Bush did serious damage to the Republican brand that still has not been fully repaired. The 2010 election results deceived many Republicans into thinking that they are back in the good graces of the public, but frustration with the economy and the President aren’t the same thing as an endorsement of the GOP. One need only look at the polls showing public approval of Congress in single digits to see that. Furthermore, the Obama White House would not be planning a campaign based on running against the Republican Congress unless they had research showing that it was an advantageous line of attack. Clearly, the damage that the GOP suffered due to the Bush years has not been repaired fully, and has perhaps only been made worse by the mis-steps over the past year by Republican leaders in Congress.

Some Republicans realize this and they also realize that the GOP is still in the middle of an internecine battle to figure out which way it goes from here. The results of that battle can be seen in the Republican race so far where you have a Republican base randomly jumping from one gadfly candidate to another in an effort stop Mitt Romney, who only four years ago was seen as a conservative savior. Instead of turning to competence, the GOP selectorate spent the last year turning from one “starburst” candidate to another, making their party look like a laughing stock in the process (999? Seriously?) Is it any wonder that more experienced Republicans would want to stay on the sidelines of such a battle?

So, no, George Bush isn’t totally to blame for the Republican Party’s travails in 2012, but his ghost haunts the party and will continue to do so until the Party itself decides to finally reject his legacy. 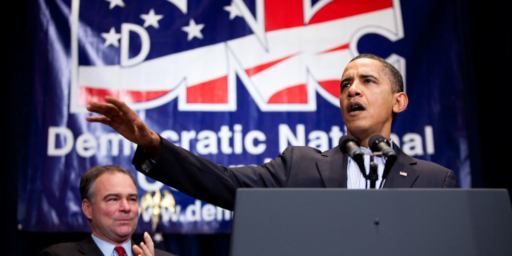 Does ‘Experience’ Matter for Presidential Candidates? 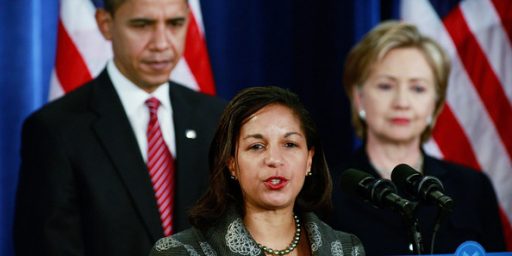