President Bush has now been in office without casting a single veto than any other president in history.

Bush makes history – a five-year streak without saying ‘no’ (CSM)

Like pardons and executive orders, vetoes are among the cherished privileges of the Oval Office. Ike liked them. So did presidents Truman and Cleveland – and both Roosevelts. But apparently not George W. Bush. In fact, well into the fifth year of his presidency, he has yet to issue a single veto. It’s a streak unmatched in modern American history, one that throws into question traditional notions of checks and balances.

Although the streak could end next month – Mr. Bush is threatening a veto if Congress eases his restrictions on federal funding for stem-cell research – the Bush era thus far underscores a historically high-water mark of collegial cooperation between Congress and the White House, experts say. “We’re pretty close to a parliamentary government,” says G. Calvin Mackenzie, professor of government at Colby College in Watervillle, Maine, referring to Congress’s close alignment with the executive branch. “We don’t have much recent history with that.”

Other presidents have enjoyed majority support in Congress. But few, if any, have gotten the level of disciplined backing that Mr. Bush gets from House and Senate Republicans. “There is unusual coherence between Republicans in Congress and the president,” Professor Mackenzie adds. “So there’s very little getting to his desk that hasn’t been pre-approved by the Republican leadership.” On many major bills that Bush has signed – No Child Left Behind and tax relief, for example – the veto was never a consideration because the White House itself had proposed the legislation. Yet on dozens of other bills, the president has become a rubber stamp for a spendthrift Congress, betraying his campaign image as a fiscal conservative, critics say. “The notion of limited government and frugal government has been shattered by this administration, which cares far less about limited government than it does in building conservative government – a government with huge payoffs to corporate America,” says Allan Lichtman, a presidential historian at American University in Washington.

The last time a president’s party dominated Capitol Hill was in 1993 and 1994, the first two years of President Clinton’s term. That period was also marked by zero vetoes, but for a very different reason. Unruly House and Senate Democrats failed to toe the line on Clinton’s big-ticket proposals, such as nationalized healthcare, leaving him with few major bills to sign. Lack of party discipline nearly scuttled the North American Free Trade Agreement and his budget. By the end of his second term, Mr. Clinton had issued 37 vetoes.

By contrast, when passage of the Central American Free Trade Agreement was in doubt last week, Bush personally made the trip up Pennsylvania Avenue to help bring reluctant Republicans into line. CAFTA’s passage, however, was a result due as much to increased party polarization as Bush’s arm-twisting, experts say.

I would like to have seen President Bush veto several spending bills to help reign in spending. Then again, many of the biggest unnecessary expansions of federal programs have come at his urging.

Furthermore, the veto has gotten increasingly difficult to use. It is rare for Congress to pass streamlined legislation dealing with narrow programs or issues. Instead, they cobble together huge omnibus bills that contain everything from funds for armored vests for our soldiers to bridges over dry rivers to proclamations of National Booger Week. Presidents can’t easily veto programs they don’t like without killing the ones they do.

Party discipline, especially in the House, is also a major element. Karl Rove and company have been rather shrewd in avoiding embarrassing legislative defeats–or at least in making the Democrats look bad when they happen. By coordinating with Congress, the White House can avoid the need for vetoes by signaling that they will not sign bills that contain provision “X” but that they would relent if compromises “Y” and “Z” were made. 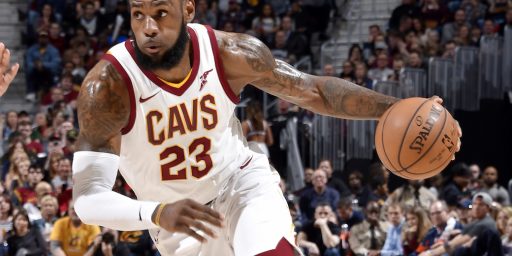