Terry Eastland, writing for the editors of The Weekly Standard, thinks the fact that the Administration dodged the issue of whether diversity was a compelling public interest in its amicus brief in the Michigan cases may have contributed to the outcome.

What would have happened had the administration articulated some of the same points in challenging the diversity rationale? Maybe O’Connor, a split-the-difference justice often looking for the middle ground, would have deferred to the government’s view. Maybe she would not have embraced the diversity rationale as easily as she did, or even at all. Maybe she would have voted to decide both cases on narrow-tailoring grounds, leaving for another day the whole diversity issue. And then again, maybe not. Maybe she would have voted as she did and written the opinion she did. What is clear is that the administration failed to take the stand that was needed in the Michigan cases.

An interesting argument, although I’m skeptical that it would have mattered. I do agree, however, that the Administration’s brief was timid.

FILED UNDER: Law and the Courts, diversity, Michigan, The Weekly Standard 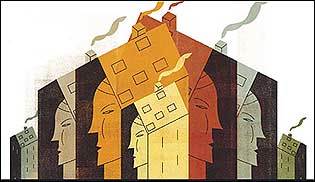